Galway king Dermot Weld will look to step Right Honourable (5-4 favourite) up in grade after he stayed on strongly to take the Claregalwayhotel.ie EBF Maiden.

After having subdued the challenge of Courage Under Fire, Pat Smullen's companion nudged into the lead inside the final 150 yards aboard the gelded son of Famous Name.

Eventual runner-up Brutal stayed on with a hint of promise, but Right Honourable was never seriously troubled, with a length and a quarter the winning distance.

Weld said: "I had a concern as I was held up with him for a few days, so even more credit to the horse.

"He's a nice horse and I'll look for a Group or Listed race for him next over seven furlongs to a mile.

"He'll progress as the year goes on and, ground-wise, he's adaptable."

Muthaza had earlier underlined her potential Cheltenham Festival credentials with a clean-cut success in the Radissonhotelgalway.com & Galwaybayhotel.com Novice Hurdle.

The four-year-old filly is now unbeaten in three starts over hurdles after the 1-6 favourite eased six and a half lengths clear of Cable.

"I don't think she is going to be a middle-of-winter mare.

"We'll try and get what we can and give her a little break and bring her back and prepare her for Cheltenham - hopefully for the mares' novice hurdle."

Joseph O'Brien claimed a first Galway victory as a trainer when Motherland (2-1 favourite) emerged an impressive 17-length winner of the Baliyka Eventus Handicap under Donnacha O'Brien.

The rookie handler said: "He was working nicely, but I didn't expect him to win quite as well as he did.

"He could be (a stakes horse). He's a very well-bred horse and the rain helped him. It's nice to get one on the board." 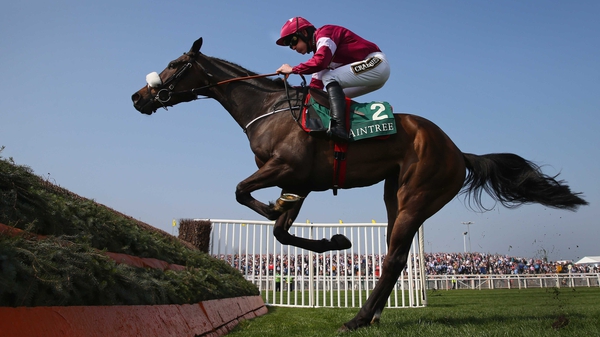