The Neptune opens the second day of the festival and the race is set to be a real cracker.

Horses like A Toi Phil, who improved when winning at Leopardstown last time, would normally be vying for favouritism, but this year it brings together two horses that already look top class in Yanworth and Yorkhill, and it really does look between the pair.

Yanworth has won all four of his hurdling starts, looking more impressive with each outing. Last time he stepped up in trip to two and a half miles at Cheltenham, and sauntered clear of a very decent rival on the run-in.

The ground was heavy that day, and as that was his most impressive performance you could question if he’ll be as good on better ground.

However, before that race, you would have wondered if he’d act on heavy, and the most likely scenario is that he simply improved again that day and will be just as effective on good ground, which he handled fine when fourth in the bumper at last year’s festival.

Yorkhill won both his starts in bumpers last season, travelling really well before quickening clear on good ground at Punchestown in April.

He seemed to idle in front as he was closed down in the final furlong by a horse he had left behind on the bend.

That trait was again in evidence when he travelled like a dream in a Grade 1 novice hurdle at Sandown last time, only winning by two and a quarter lengths, despite looking to have much more in hand of the runner-up.

That form has worked out really well, with the second winning his next start, and the third horse, Agrapart, winning a top handicap off a mark of 137.

The step back up in trip looks sure to suit Yorkhill here. While I find it very hard to split the duo and Yanworth as the most likely winner, Yorkhill is the bigger price, and looks worth a small bet at the current 5/2.

If he was to drift out to around 3/1, then he’d become a really good bet. 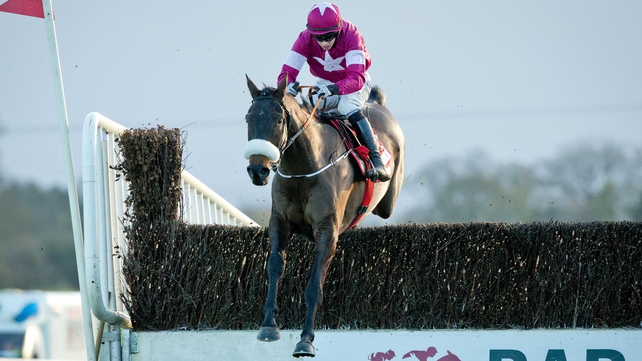 This looks like being a top class renewal of the RSA Chase. It's another race that has some decent novices, but two stand out: the former World Hurdle winner More of That, and the Gordon Elliot-trained No More Heroes [pictured above].

More of That has come back from some breathing problems with two chase wins from as many starts this season, and while I wasn’t overly impressed with his jumping on his chase debut at Cheltenham, he put in a more polished round when winning at the same track last time.

That was just a three-horse race though, and More of That did get to dictate the pace, so while he won well in the end, that form would still fall a good way short of his hurdles best.

He has yet to conclusively prove he’s back to his peak.

No More Heroes, on the other hand, is progressing very quickly. He had decent hurdles form from last year, including a close third at the Cheltenham Festival, which was always going to be just a stepping stone to a chase career.

He has taken the change in his stride with three wins from three over fences so far.

Winning a Grade 1 over two and a half miles at Fairyhouse was impressive, as he has always looked a real stayer, and while he stepped up to three miles at Leopardstown last time, it wasn’t a real test. The running was steady enough on that occasion and he did well to put nine lengths between himself and the runner-up.

More of That was the better hurdler of the pair, but I think No More Heroes is already a much better chaser than he was over the smaller obstacles, and a decent pace over three miles should bring even more improvement out of him.

His jumping has been top notch so far, and while it doesn’t offer huge value, he looks the most likely winner to me, and looks worth a bet at 5/2.

The Coral Cup has 24 horses declared, and you could make a case for many contenders.

I think it’s worth backing three against the field, and while backing that many horses in the one race might seem alien to some, I often back more than one to great success.

At the current prices of 12/1 on Arbre De Vie, 25/1 Baron Alco and 28/1 Avant Tout, you would be getting almost 6/1 on them coupled, which basically means backing them to return a set amount.

I think that’s a very good bet. Most bookmakers are going five places, so back them all each way.

Arbre De Vie looked unlucky not to win at Punchestown last April off a mark just six pounds lower than the race on Wednesday. He stumbled at the wrong time and did really well in the circumstances to get up for second.

While Ruby Walsh has picked Blood Cotil instead of him this time, I think Arbre De Vie is the most likely winner.

Baron Alco looked to do too much too soon last time, and is still well treated off six pounds higher, while Avant Tout won a good handicap at last season’s Punchestown festival, and his chase form since shows he is effective at this shorter trip.

This isn't a race I’d spend much time on, and as such I don’t fancy much in it, although you could make a case for making the favourite Josie’s Orders being a bit shorter than his current 11/4 considering the horse is two from two over the banks course at Cheltenham.

This race is generally for horses not quite good enough to contend in the Triumph Hurdle, but unlike that championship race, this is a handicap.

I like two at the prices here. Jaleo looks to have got a very good mark of 134 after his three hurdle runs.

He won at Catterick before possibly finding heavy ground against him when second at Newbury, but in any case I think the horse that beat him that day is pretty good.

Jaleo looked to take another step forward last time, when going right away for an 11 lengths win over a solid yardstick in Our Thomas.

The pace wasn’t strong, and that only served to limit his winning margin.

On the face of it, Voix Du Reve was a little disappointing on his debut for the Willie Mullins yard last time.

He didn't find much off the bridle when looking sure to win approaching the last.

Voix Du Reve was very free through the race, and may also have needed that run, and I would expect a much better performance with a strong pace and some cover, which are conditions he should get here.

A field of 24 are set to face the starter for the bumper. Ballyandy is favourite, and clearly has a chance, but he seems a real galloper to me, and the quicker ground may catch him out over two miles.

Willie Mullins has won this race plenty of times in the past, and I think he can do so again with the mare Augusta Kate.

She hacked up on her racecourse debut at Listowel, and while there wasn’t much substance to the form, it was a stronger field she faced at Navan last time and the result was the same.

She travelled really well, before quickening clear once asked.

She receives a seven pound mares allowance in this, and I don’t think she needs to improve much to be bang there.

You could give a chance to so many of these, but of the bigger priced horses I could see Compadre improving enough from his winning debut at Bangor to get in the mix.

He was very green that day, and while this isn’t a race you’d want an inexperienced horse in, that run was back in November so his excellent trainer Jonjo O’Neill has had plenty to time to get a good bit of work into him since then, so we should see a more professional display.

I think it’s worth backing both Augusta Kate at 10/1, and Compadre at 25/1 each way, but make sure you have the bet with a bookmaker that is offering four places. 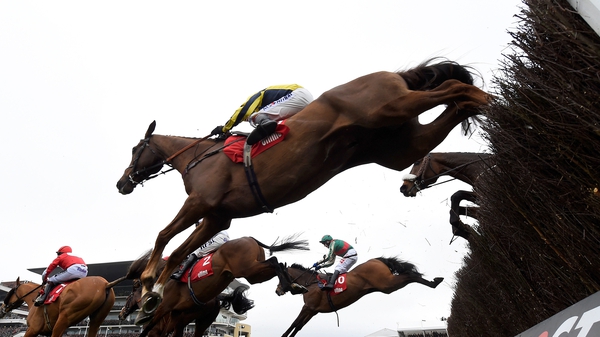