Tony McCoy picked up the 25th and final Lester of his illustrious career at a star-studded night at the Hilton Metropole in Birmingham.

McCoy, who on Sunday was presented with the BBC Sports Personality of the Year Lifetime Achievement award in Belfast, won the Jumps Jockey of the Year trophy and the ARC Jump Jockey Special Recognition prize.

As a thank you from the Professional Jockeys Association for all he has done for racing and his commitment over many years, the PJA commissioned Philip Blacker, the renowned sculptor and former jockey who designed the Lester, to sculpt a one-off solid silver Lester in McCoy's likeness.

It was presented to him in place of the traditional Lester for his Stobart Jump Jockey of the Year award.

Promising National Hunt jockey Sean Bowen, 18, won two, Conditional of the Year and Jump Ride of the Year for Just A Par in the Bet365 Gold Cup, while 17-year-old Tom Marquand was Apprentice of the Year.

Cathy Gannon was judged to be the leading lady rider for the third time with David Nolan winning Flat Ride of the Year for his effort on Rex Imperator at Doncaster on September 10.

Jack Berry was also given a Special Recognition Award.

Paul Struthers, chief executive of the PJA, said: "This year's Stobart Lesters was a particularly special occasion, being the 25th anniversary of their creation and also marking the retirement of AP McCoy, hot on the heels of winning the Lifetime Achievement award at the Sports Personality of the Year ceremony in Belfast at the weekend.

"Jack Berry became only the second non-jockey winner of a Lester and it says much about the esteem in which he is held by jockeys, in particular for his fundraising efforts and drive that led to the opening of Jack Berry House in Malton this year, that he was nominated in both Special Recognition categories." 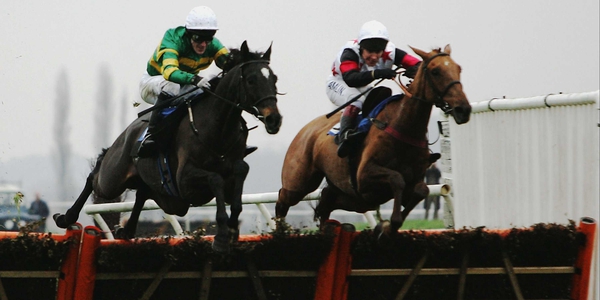