Tony McCoy is hoping the winners continue to flow for his former weighing-room colleague Richard Johnson in his pursuit of a first National Hunt jockeys' championship.

The now-retired 20-times champion believes Johnson would be a fitting winner of the title having pressed on through the summer months to establish a healthy advantage at the top of the table.

Johnson, who finished runner-up behind McCoy in the title race on 16 occasions, passed his first major milestone of the season at Wincanton on Friday when reaching a century of winners thanks to a double for Neil King and his boss Philip Hobbs.

McCoy said: "He is having a great run, riding lots of winners. I still speak to him and keep an eye on him as he has been riding a few for Jonjo (O'Neill) and JP (McManus), which is great for them and him.

"Hopefully he can keep it up as he deserves it. He is putting in the graft that it merits."

Johnson himself has no intention of retiring in the foreseeable future, even if he does finally land his maiden championship.

Writing in his blog for Betway, he said: "I'm often asked whether I have a target in mind for the season, and the honest answer is no.

"If there is a landmark I'm aiming at, I suppose it must be 200 winners as I've never ridden that many in a campaign before. If I can hit that mark, which would incidentally take me through the 3,000 winner mark, too, then there's a very good chance I'll be crowned champion.

"Looking beyond that, people have asked me whether I'll quit if I do secure the championship and the answer to that is no.

"I've genuinely no intention of hanging up my riding boots if I'm lucky enough to be crowned champion. I ride for great people, feel in great shape and as long as I'm still enjoying what I do, I'm going to carry on riding.

"I was really touched by all the kind messages I received on Friday after riding my 100th winner of the campaign. It was special to reach such an important landmark around six weeks earlier than I might normally expect - it's usually a milestone I hit around Christmas time.

"AP showed us all how important it is to go out and dominate from the front if you want to be crowned champion jockey and creating a small buffer of 30 to 40 winners is an important part of that.

"Not only is that little gulf demoralising for those chasing me, it also provides me with a little cushion should there be any mishaps." 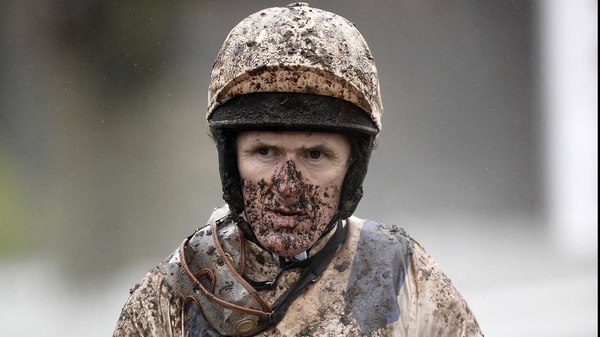 McCoy in numbers: his career facts and figures