Willie Mullins made no excuses for Faugheen after the Champion Hurdle hero tasted defeat for the first time when upstaged by stablemate Nichols Canyon in the StanJames.com Morgiana Hurdle at Punchestown.

All appeared to be going to plan for the 1-6 favourite as he jumped and travelled beautifully in the early exchanges, but Ruby Walsh was sending out distress signals as they swung for home.

Nichols Canyon was still marching on out in front for David Mullins and despite Faugheen throwing down a strong challenge in the closing stages, the 7-1 winner responded really well for pressure and had half a length in hand as they hit the line.

"He was really professional. He possibly would have won five Grade Ones last season had he not unseated, any horse like that has to have a chance in any race" - David Mullins

Mullins said: "That worked out completely different from the way they worked on Tuesday. Faugheen left Nichols for dead - maybe he left his race behind, I don't know.

"Nichols won four Grade Ones last year and he's no back number by any means. He looks like a Champion Hurdle horse now, rather than the stayers.

"Faugheen was a little disappointing. Ruby said he hung, but horses hang when they get tired. Maybe he just met a good horse.

"They went a good gallop and Nichols did it the hard way out in front, he jumped fantastic. Maybe he has improved more. Until he tells me something wasn't right, I'm not making any excuses for Faugheen.

"We'll see how they come out of the race and they'll be entered in all those races that Champion Hurdle horses should be in.

"They'll probably have to take on each other, but if we can keep them apart we will."

He went on: "Nichols Canyon was under the radar last year. He was a second string, but did win four Grade Ones.

"We used the wrong tactics with him at Cheltenham and that took the gloss off him a bit. It was our fault. He put in a huge performance today.

"The other horse (Wicklow Brave, third) ran very well. We rode him to come home, but Patrick (Mullins) said we should have made more use of him.

"I'll talk to the owner and see if we keep him in training. We were going to put him away, but ran him in this race as he was so well.

"We'll probably put him away now as he was as fit as he could be today and couldn't beat them first time out."

Walsh said: "He just seemed to hang, from the first down the back he was hanging right all the way, it's not something he's done before.

"It's disappointing, he didn't pick up like he can, but that's horse racing isn't it?

"We always knew Nichols Canyon was a good horse, it's just disappointing." 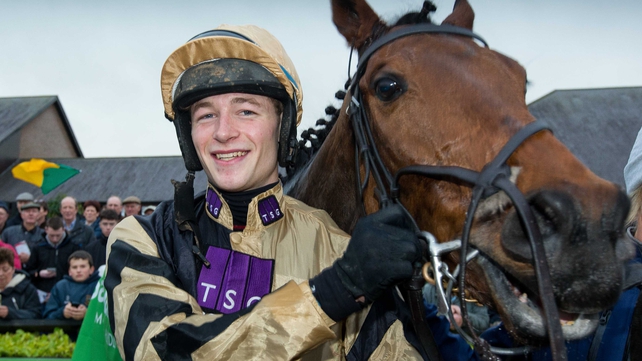 Winning rider Mullins said: "He settled well enough and every time I gave him a squeeze at a hurdle he was there for me.

"He was really professional. He possibly would have won five Grade Ones last season had he not unseated, any horse like that has to have a chance in any race.

"Not at all (a fluke), I let him pop the last and he picked up again from the back of it.

"Willie and the owners Andrea and Graham Wylie have given me a great opportunity, so it's thanks to them."

William Hill eased Faugheen to 7-4 from evens to retain his Champion Hurdle crown, as did RaceBets.

Spokesman Jon Ivan-Duke said: "Faugheen's crown has slipped and while he is still Champion Hurdle favourite, his air of invincibility has gone." 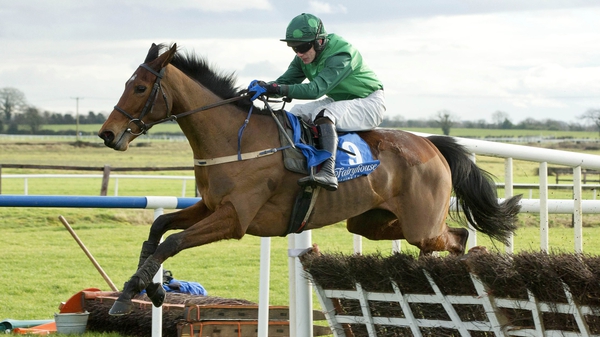