Willie Mullins saddled the first three home in the Grabel Mares Hurdle at Punchestown but not in the order the market suggested.

Gitane Du Berlais, the 8-11 favourite, set out to make all in the Listed contest but had no answers when challenged by stablemates Valyssa Monterg and Whiteout approaching the last.

It was the Danny Mullins' mount that stayed on best and pulled three and three-quarter lengths clear of Valyssa Monterg to score at 13-2.

That completed a double for the jockey after he made all on Thywillbedone (14-1) in the opening Ballymore GAA Christmas Fair & Family Fun Day 3-Y-O Hurdle, with Paul Hennessy's filly digging deep to repel Newberry New by half a length.

The champion trainer completed his double courtesy of Outlander (7-4), who made a winning debut over fences in the Gain Supporting Laois GAA Beginners Chase with a length and a half to spare from Free Expression.

2014 Gold Cup runner-up On His Own finished a disappointing seventh on his cross-country debut as Nina Carberry's mount dominated from the front after taking it up around the halfway mark.

Love Rory, who was bidding for a hat-trick in the three-mile contest, got within three and three-quarter lengths of the winner to give Bolger a one-two.

Walsh successfully joined forces with his father, Ted, as Rossvoss sprang a 14-1 surprise with a two-length victory over Dromnea in the Festival 3 For 2 Ticket Offer Handicap Chase.

The in-form Alan Fleming teamed up with Adrian Heskin for a double, starting with Tully East (11-4fav) who defied top weight for a comfortable three-and-a-quarter-length success over Prince Kup in the Cavan Supporters Club Supporting Cavan GAA Novice Handicap Hurdle.

The trainer/jockey combination were on the mark again when the trailblazing Marakoush (7-2) beat Road To Respect by 12 lengths in the Kildare Now Maiden Hurdle.

Jessica Harrington's Our Duke (16-1) made an impressive debut when running away with the Racing Tomorrow (Pro-Am) INH Flat Race. 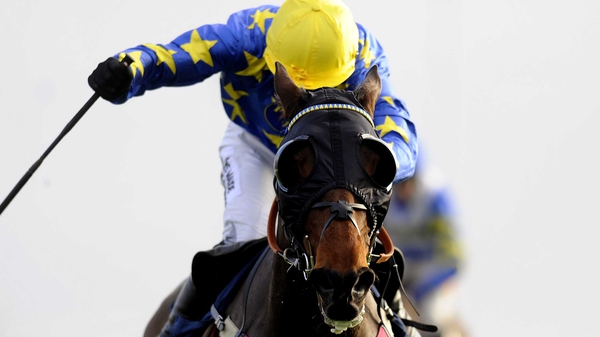