Golden Horn has been named Cartier Horse of the Year at the 25th annual Cartier Racing Awards at the Dorchester Hotel in London.

John Gosden's colt enjoyed a spectacular year, recording four wins at Group One level, including in the Investec Derby and the Prix de l'Arc de Triomphe.

He was also successful at the highest level in the Coral-Eclipse and the Qipco Irish Champion Stakes.

Golden Horn saw off competition from Solow, Muhaarar and Legatissimo, while he also won the Cartier Three-Year-Old Colt award ahead of Muhaarar, Gleneagles and Jack Hobbs.

Freddy Head's Solow gained some form of compensation by winning the Cartier Older Horse award after a season which saw him land the Queen Anne, the Sussex Stakes and the Queen Elizabeth II Stakes.

Legatissimo's tremendous efforts throughout 2015 resulted in her gaining the Cartier Three-Year-Old Filly award.

Trained by David Wachman, her victories came in the 1000 Guineas at Newmarket, the Nassau Stakes at Goodwood and the Matron Stakes at Leopardstown.

In a potentially ominous sign for next season, both awards for star juveniles went to horses trained by Aidan O'Brien.

The Cartier/Daily Telegraph Award of Merit this year went to Jack Berry, who has spent a lifetime in racing as a jockey and trainer as well as a tireless fundraiser and campaigner for injured jockeys. 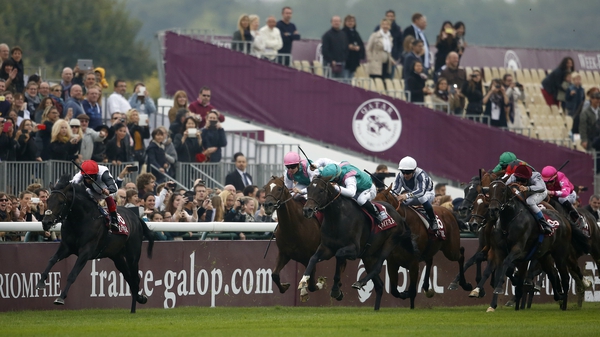