Katie Walsh steered the Sandra Hughes-trained Thunder And Roses to victory in a dramatic BoyleSports Irish Grand National at Fairyhouse.

Five horses came to grief at the first fence in the three-mile-five-furlong contest and a number of others failed to complete.

A wave of three runners for leading owners Gigginstown House Stud led the field turning into the home straight, with 20-1 shot Thunder And Roses alongside the Mouse Morris pair of Rule The World and Band Of Blood.

The trio jumped the final fence virtually as one, but Thunder And Roses picked up best on landing, galloping all the way to the line to secure a four-and-a-quarter-length victory.

Rule The World held onto the runner-up spot from Sizing Coal, with Band Of Blood weakening on the run-in for fourth spot.

Walsh, sister of legendary jockey Ruby and daughter of trainer Ted, becomes the first female rider to win the race since Nina Carberry struck gold on Organisedconfusion in 2011.

"This is absolutely class," said the jockey.

"I've had some fantastic days, but this is an Irish National. They stopped in front and he kept going. It's great for women in racing." 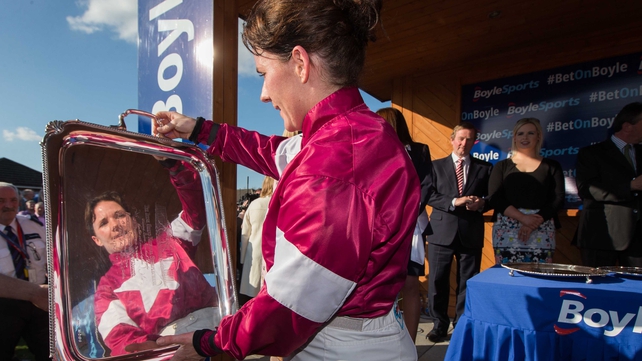 Walsh added: "He jumped fairly good, to be fair to him. Maybe at the ditch he wasn't so good but, other than that, he was excellent."

The triumph was poignant and emotional for Hughes, who took over the training licence following the death of her father, Dessie, who trained Timbera to win the 2003 Irish Grand National, in November.

Hughes said: "Katie was absolutely fantastic, she just suited him to a tee. She was brilliant and he (Thunder And Roses) was brilliant.

"He stays all day. I was a little disappointed with him at Cheltenham but he came out of it fine so we took our chance.

"We thought all year that this was the race for him. He stays and keeps going and he doesn't mind that ground.

"Someone above was helping us out. Dad always loved this race and to do it for him is wonderful. Dad was with us all the way today.

"I have to give a big thanks to Michael and Eddie O'Leary (of Gigginstown) for letting me have the horse and train him for it.
"I'd say that'll be him for the year." 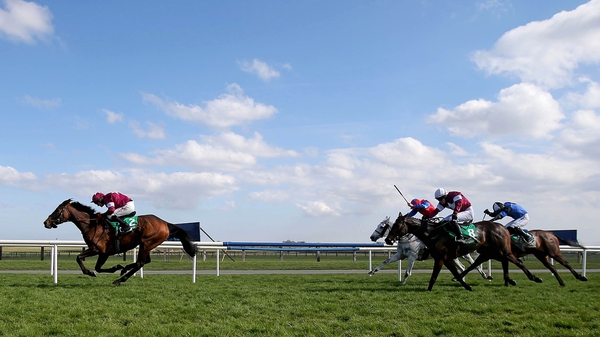