Dedigout completed a hat-trick for Tony Martin and Gigginstown House Stud with a smart display in the Keelings Irish Strawberry Hurdle at Fairyhouse.

The nine-year-old was the 2-1 favourite to add to his victories in the Galmoy Hurdle at Gowran and the Boyne Hurdle at Navan and was given a typically patient ride by Paul Carberry.

Willie Mullins' admirable grey Thousand Stars raced with his usual enthusiasm towards the front end, bidding to win this Grade Two prize for a second successive year on his first start since last June, and was still bowling along in front once straightened up for home.

However, the lack of a recent run began to tell between the final two flights, at which stage Dedigout powered his way to the front and pulled clear to secure a three-length verdict.

Thousand Stars plugged on to fill the runner-up spot ahead of strong-travelling stable companion Analifet in third.

Martin said: "It hasn't been easy with him.

"He looked a very promising horse when he won his novice at Punchestown but it just didn't work out for him over fences.

"Last year he looked like a real World Hurdle horse but then chipped his knee in December.

"He's had a great year and we'll lock him up now for next year and take it from there."

On the jockey's cool ride, Martin said: "That's Carberry. He sits up and lets them do the work.

"Luckily when he gave him a squeeze the answer was there."

Earlier, Buiseness Sivola showed a smart change of gear to run out an impressive winner of the REA Grimes Property Consultants Hurdle.

One of three runners in the race for Willie Mullins and passed over by stable jockey Ruby Walsh in favour of 11-8 favourite Dicosimo, Buiseness Sivola was a 7-1 shot having run a fair race in the Fred Winter at the Cheltenham Festival. 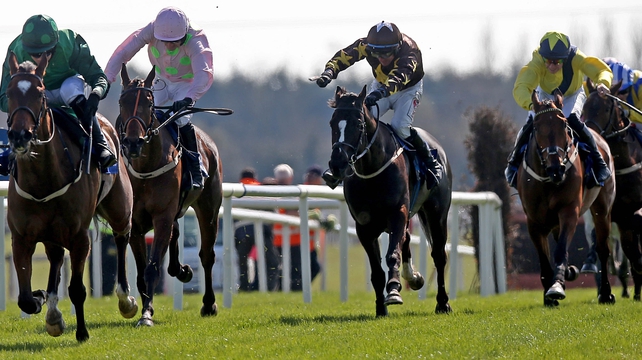 Paul Townend positioned his mount close to the speed from the outset and took over the running from the pacesetting Chatham House Rule from the home turn.

Walsh cajoled Dicosimo into second, but he was left trailing in Buiseness Sivola's wake from the second-last and his effort petered out pretty tamely.

Townend's mount safely negotiated the final flight and only had to be ridden out hands and heels to claim the Grade Three prize by three lengths.

Prussian Eagle made good late headway to fill the runner-up spot, with Sam Red edging out Dicosimo for third.

Townend was on the mark again in the Boomerang Animal Bedding Handicap Hurdle as 4-1 favourite I Shot The Sheriff scooted clear with the minimum of fuss.

The victory also completed a double on the afternoon for trainer Tony Martin, following Dedigout's victory. 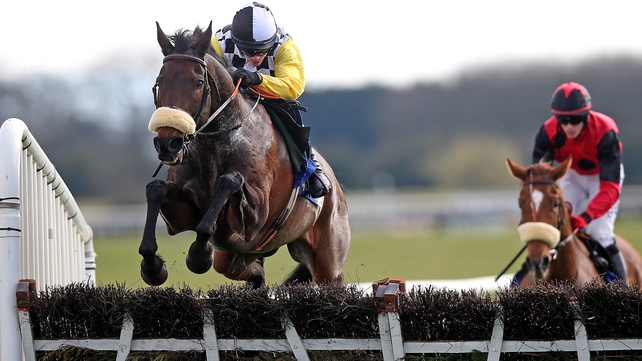 Martin, also responsible for the third home, Mydor, said: "He (I Shot The Sheriff) is a horse that has plenty of pace. I was saying after seven furlongs that I'd made a mistake and should have run him in the two-mile race on Tuesday.

"I was a bit afraid as he was so strong and Paul did the right thing letting him mosey on. He came home well and it worked out well in the end.

"He won impressively and I'd say he's a good horse.

"The other fella (Mydor) ran a blinder. The trip to Kempton might have taken a bit out of him and I was delighted with him."

Mullins was back in the winner's enclosure after Sempre Medici proved much too good for his opponents in the Rathbarry & Glenview Studs Novice Hurdle.

Sixth behind stable companion Wicklow Brave in the County Hurdle at Cheltenham, Sempre Medici was a 9-4 market leader for this Grade Two event. 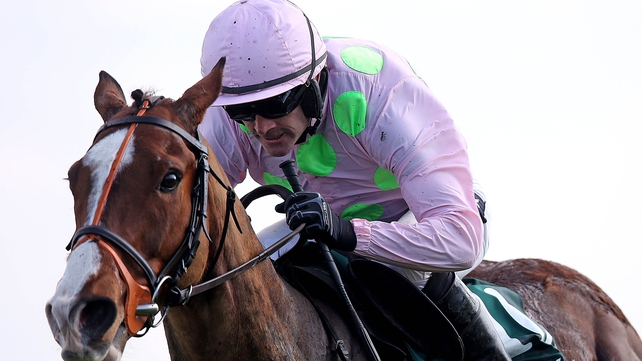 Walsh cut a confident figure in the saddle throughout and once given his head after jumping the second-last, Sempre Medici was away and gone, passing the post five and a half lengths to the good.

Townend came to grief aboard the winner's stablemate Max Dynamite four flights from the finish.

"That showed what running in a competitive handicap does for them," said Mullins.

"He was well able to jump back against novices and it gave him a different dimension.

"As the spring goes on he's going to get better and we'll look to Punchestown now."