Jonjo O'Neill believes ante-post favourite Shutthefrontdoor has been allotted a "fair weight" for this year's Crabbie's Grand National at Aintree.

Last season's Irish Grand National hero appears a likely last ride for 19-times champion jockey Tony McCoy in the world famous race, in which he is set to shoulder 11st 2lb in the initial handicap.

"It is probably a fair weight he has been given. We would like a bit less but that is what he has got to carry," said O'Neill.

"He is a much better horse on flatter tracks and he likes good ground. I think everything will suit him.

"He was all out to win the Irish National, but he was well weighted that day.

"I don't think the trip will be a problem as he is a galloper. He maybe just lacks a bit of class to win a Gold Cup, but he will be OK in the National."

The JP McManus-owned gelding, who is currently a best-priced 12-1 to win the four-mile-three-and-a-half furlong race, has not been seen since winning a graduation chase at Carlisle back in November but O'Neill reports the eight-year-old to be in fine form as he begins his build-up to the 11 April race.

"He had a few little problems but nothing serious. He is in good form, we are happy with him and everything seems to be going the right way," said O'Neill.

"He is entered in a handicap chase at Cheltenham and he may go there, but we're not sure yet. If he doesn't go there, he will go straight to Aintree."

Shutthefrontdoor is one of four entries in the race for O'Neill along with 2012 runner-up Sunnyhillboy (10st 8lb), Burton Port (10st 5lb) and Merry King (10st 5lb).

"Sunnyhillboy didn't run great on Saturday (when unplaced in a hurdle at Haydock) and I think he is beginning to start to feel it, while both Merry King and Burton Port have fantastic racing weights," said the trainer. 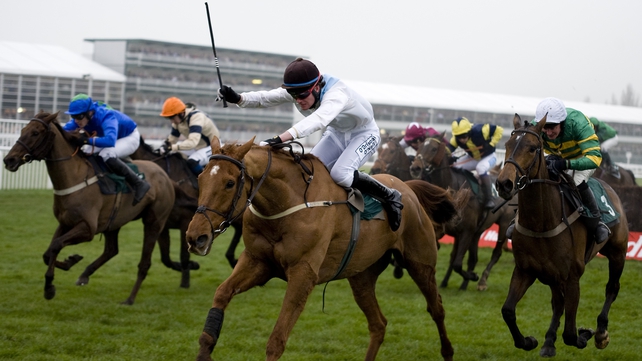 "Merry King ran a blinder in the Hennessy when finishing third behind Many Clouds. He loves good ground, jumps and stays well and he is a live contender for me.

"It depends what mood Burton Port is in. He goes to Doncaster tomorrow and if he puts in a good show, he will go there."

O'Neill is not the only trainer to make multiple entries with current champion trainer Paul Nicholls, who won the race with Neptune Collonges in 2012, having seven possibles among the 96 contenders.

"I have always believed Unioniste might be a Grand National horse and Ruby Walsh said he would be my next real Aintree contender," said Nicholls.

"He is a real galloper but he lacks the pace to be competitive in the Gold Cup. (In the Denman Chase) at Newbury, he got outpaced but stayed on very strongly.

"I think Rocky Creek, who finished fifth last year, had a great run at Down Royal and you can put a line through his Hennessy run.

"He is in really good order and he could be a big contender.

"Sam Winner ran well in the Lexus Chase and has not run since. He stays forever and he could be an interesting horse if he runs well in the Gold Cup."

Pineau De Re will bid to become the first horse since Red Rum to secure back-to-back wins in the race.

If the Dr Richard Newland-trained 12-year-old is to complete the feat, he will have to do so from an 8lb higher mark after being given 11st for this year's race.

"Last year we were hopeful he would run well, but as he fell in the Becher Chase, you could not be optimistic," said Newland, who also has Royale Knight (10st 2lb) entered in the race.

"To try to win back-to-back runnings is an impossibly difficult challenge, but the plan is to give him another shot.

"He will run at Cheltenham in the Pertemps Final. He is in good form, although realistically it will be difficult to win that race.

"Hopefully he will run well and then it will be on to Aintree."

Philip Hobbs has four entered in the race, including last year's runner-up Balthazar King, who has been handed a 3lb rise on last year's weight to carry 11st 2lb. 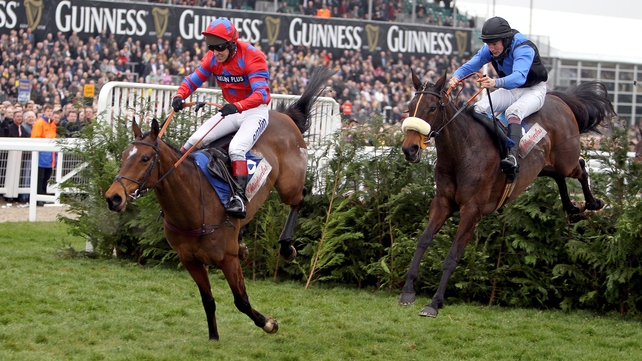 "Balthazar King is in very good form and Philip wants to keep him fresh for the race so he won't be running at Cheltenham, instead we are going to leave him and wait," said the trainer's wife, Sarah.

"Gas Line Boy jumped so badly on Saturday there is no point running him.

"Chance Du Roy is in very good form and has a nice weight so we will run him.

"Duke of Lucca is in the Cross Country race at Cheltenham and if he runs well in that, he will go for the National." 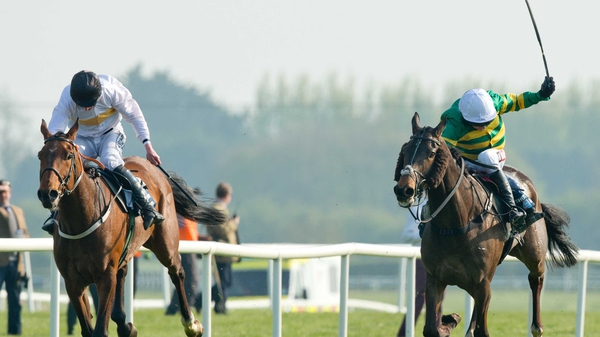