Shutthefrontdoor is on course to return to track action in the Hennessy Gold Cup at Leopardstown on 8 February.

Last season's Irish Grand National hero made a successful reappearance in a graduation chase over an extended three miles at Carlisle in November and is now being prepared for a tilt at Grade One glory.

The Jonjo O'Neill-trained eight-year-old holds an entry in the Betfred Cheltenham Gold Cup and is also prominent in the ante-post market for the Crabbie's Grand National at Aintree in April.

"As for Cheltenham and Aintree, a lot will depend on how he gets on in the meantime, but he's in good form and the plan is to go to Leopardstown with him." 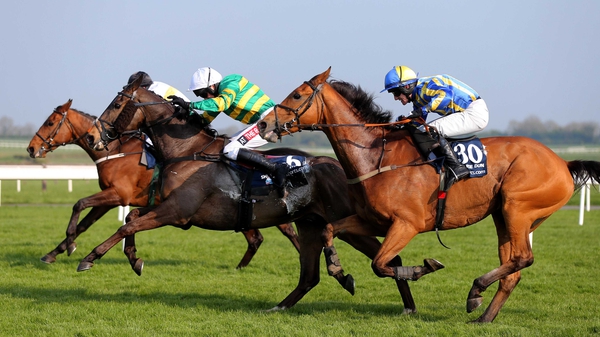