Last Instalment added a new chapter to his career when making his comeback complete with victory in the Hennessy Gold Cup Chase at Leopardstown.

The nine-year-old had been off since February 2012 when he came back last month and showed the benefit of that outing to cause a minor surprise in this three-mile Grade One.

The 8-1 chance, trained by Philip Fenton, powered home in the hands of Brian O'Connell.

Tidal Bay finished with a flourish to claim second place.

Owners Gigginstown House Stud had three in the race, with Roi Du Mee taking an early lead before Last Instalment jumped ahead at the second fence.

First Lieutenant, in the same colours and the choice of retained jockey Bryan Cooper, tried to make a bid as the 7-4 favourite, but Last Instalment had other ideas.

He galloped on strongly to score by eight and a half lengths from Tidal Bay (5-2), with First Lieutenant third and Texas Jack fourth.

Fenton said: "It was a great performance and he jumped great.

"It wasn't ideal to be as handy as that, but after the first fence Brian had little option.

"It was a bit of a concern coming here on just his second run back, taking on that sort of competition, but he was brilliant."

A delighted O'Connell said: "He was exceptional. It wasn't the plan to make the running, but it's worked out in a slow-run race. This is special."

Last Instalment was predictably slashed in price to around 8-1 for the Betfred Gold Cup, but Fenton accepts the prospect of faster ground could be an issue at the Cheltenham Festival in March.

He said: "The ground would be a concern in the Gold Cup as there's a big chance it would dry up. We'd be happy to see rainfall."

Michael O'Leary, who owns the horse under his Gigginstown banner, said: "He's been off for two years and he's very fragile.

"I'm not sure if the ground was very good in Cheltenham we'd run him there. We have to mind those horses and we don't have many as good as him." 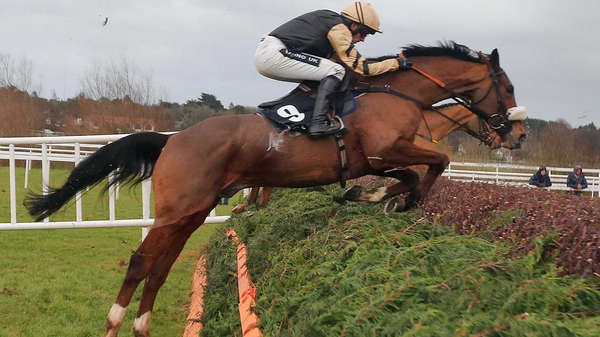