Ruby Walsh and Paul Nicholls will be reunited when Tidal Bay bids to roll back the the years once more in the Hennessy Gold Cup at Leopardstown on Sunday.

Walsh and Nicholls enjoyed a tremendous time together with the likes of Kauto Star, Master Minded and Big Buck's, until they parted ways when the jockey decided to stay closer to home more last year.

Tidal Bay played his own part in their success story, winning the 2012 Lexus Chase, and proved he is far from a back number when third under a welter burden in the Welsh National.

Heading the home defence is First Lieutenant, who filled the runner-up berth for the second year when chasing home Bobs Worth in this season's Lexus. Owners Gigginstown House Stud have further ammunition in Last Instalment and Roi Du Mee.

The Hennessy is one of four Grade Ones on a mouthwatering card and although the Dr PJ Moriarty Novice Chase has attracted just three runners, it should provide an excellent guide to the RSA Chase, with Drinmore one-two Don Cossack and Carlingford Lough taken on by Willie Mullins' exciting grey Ballycasey.

Another of Mullins' budding superstars Vautour tackles dual Grade One winner The Tullow Tank in the Deloitte Novice Hurdle, while Triumph Hurdle favourite Ivan Grozny attempts to gain revenge on his course conqueror Plinth in the opening Gala Retail Spring Juvenile Hurdle (1.15), having gone one better at Naas since.

A former Hennessy hero locks horns with a one-time Lexus winner when Quel Esprit and Pandorama do battle in a Raymond Smith Memorial Hunters Chase that also features the unexposed On The Fringe and the admirably consistent Tammys Hill.

The Magnier colours, more associated with Classic winners on the level, are carried by Mullins' newcomer Lockstockandbarrel in the kieranconnellracing.com INH Flat Race, while Arkle runner-up Baily Green reverts to the smaller obstacles on an attractive mark for the Download The New Paddy Power iPad App Handicap Hurdle. 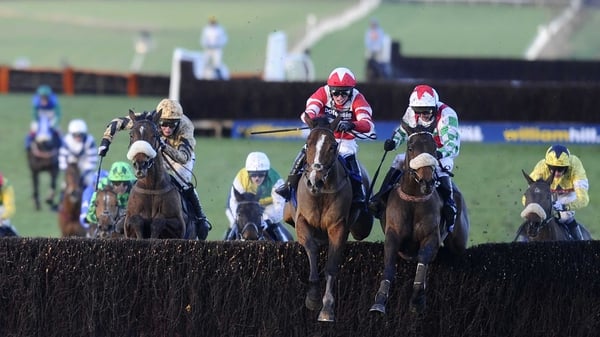