Rubi Ball has been ruled out of this weekend's Hennessy Gold Cup at Leopardstown after suffering a setback.

The French import was a multiple Grade One-winning chaser in his homeland and joined Ireland's champion trainer Willie Mullins at the start of the campaign.

After filling the runner-up spot over hurdles at Thurles on his Irish debut, the nine-year-old performed with plenty of credit to finish third behind Bobs Worth in the Lexus Chase at Leopardstown in December.

He was due to tackle the same course and distance this Sunday, having pleased his connections in a schooling session at Punchestown, but he will not be lining up.

Mullins told Press Association Sport: "Unfortunately I've had to take Rubi Ball out as he came back lame after schooling at Punchestown on Sunday.

"We were delighted with the way he worked at Punchestown, so it's very disappointing he's not going to be able to run in Leopardstown.

"I've taken Boston Bob out of the Hennessy as well, so we won't have a runner in the race, unfortunately."

Live television coverage of the Hennessy Gold Cup meeting at Leopardstown from 14.05 on Sunday 9 February on RTÉ One and RTE.ie (Ireland only). Live radio coverage on Sunday Sport (14:00) on RTÉ Radio 1 and RTÉ.ie (Worldwide). 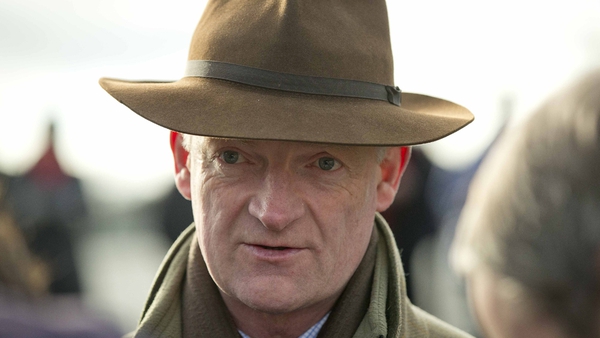