French import Rubi Ball is on course to take his chance in The Hennessy Gold Cup and Mullins said: “I was delighted with him in The Lexus.

“A lot of those French chasers don’t take to English and Irish fences but I was very pleased with the way he jumped and I am looking forward to going back to Leopardstown for the Hennessy on Sunday.”

He added: “I think he will improve for that run and the way the weather is shaping up, I think the ground is going to suit him.”

"I have a few in that race, but I think he is the favourite to run," he said.

"The ground probably won’t suit him - he did win on it at Naas, but he would prefer better ground.

“He needs the experience and while he disappointed me at Christmas time, he was good at Naas and he is a horse that shows me plenty at home.”

Ballycasey and Champagne Fever both schooled after racing at Punchestown on Sunday and are entered in the Grade 1 Dr PJ Moriarty Novice Chase.

“I won’t run the two of them and all being well I’ll run Champagne Fever,” said Mullins. “As he goes on in his career, he is going to be a three-miler.”

“He jumps well and it was uncharacteristic of him to make that mistake at Christmas time, so we’ll step him up in trip and see how he gets on.

“We can always come back in trip at Cheltenham - we did that last year with him. But we’ll let him take his chance on Sunday first.” 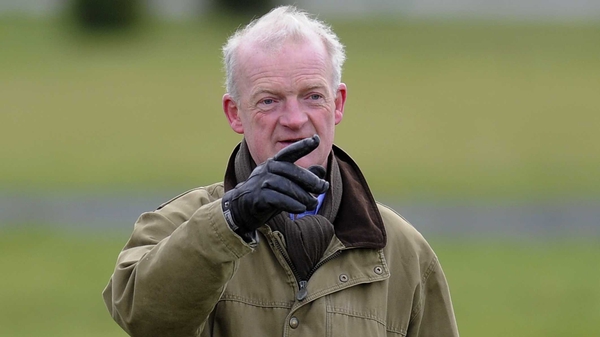