Last week the Olympic Federation of Ireland launched a new campaign aimed at highlighting and clamping down on online hate speech.

The hashtag for the 'Don't Scroll By' campaign is self-explanatory: #DeleteBanReport.

One of the many offshoots of these websites has been how high-profile athletes use them to communicate with the wider public. They offer a chance to cut out the traditional mainstream media when it comes to presenting their opinions to the world, a direct line to fans.

Increasingly though, the toxic side of social media has bubbled so violently to the surface that it's starting to dominate the narrative. Athletes have a direct line to the public, but the public has a line back, and in the wild west of this relatively unregulated digital world, it's too easy for some to spew venom from the safety of an anonymous account.

Last week Twitter came under renewed pressure to review their user policies to root our anonymous accounts but they have aired a reluctance to make identification a required part of the signing-up process, citing the benefits of "pseudonymity" in certain situations.

"We believe everyone has the right to share their voice without requiring a government ID to do so," a statement from the company read.

"Pseudonymity has been a vital tool for speaking out in oppressive regimes, it is no less critical in democratic societies. Pseudonymity may be used to explore your identity, to find support as victims of crimes, or to highlight issues faced by vulnerable communities."

Last month Instagram said they were "developing new controls to help reduce the abuse people see in their DMs", and introduced stronger penalties for those sending abusive messages, disabling the accounts of repeat offenders.

The question of whether these platforms and others like them are doing enough continues to linger however.

In February a Kerry teenager who had sent vicious racist abuse Ian Wright via Instagram escaped a criminal conviction. "I wasn't expecting my forgiveness to be an invitation to lighten a sentence," Wright said at the time.

On Wednesday, Instagram said no action will be taken against a user who sent sectarian messages to Shane Duffy and mocked his father's death.

James McClean and Jonathan Afolabi have also recently been subjected to malicious abuse, while athletes such as Gina Akpe Moses and Leon Reid have spoken out on a matter which never leaves the public discourse simply because of the frequency sports stars are being targeted.

Emer O'Neill is currently acting as the nation's PE teacher on RTÉ'S Home School Hub but she previously enjoyed a successful basketball career that was hampered by an ACL injury.

The Bray woman played college basketball in the USA and could have played professionally in Germany. Instead she stayed in America; she was there on a scholarship and had she left she would have forfeited a year-long post-college window to stay in the country and work.

It was in the States where O'Neill began teaching and coaching, two passions she continued when she returned to Ireland after a decade away. She now works as a PE teacher at North Wicklow Educate Together in Bray and has coached the Ireland under-20s basketball team.

In the ten years she spent abroad, from 2004 to 2014, two major societal changes accelerated: diversity in Ireland and the explosion of social media.

"I noticed it even after the first year I was away," she tells RTÉ Sport. "I was in Dublin, walking around and I couldn't get over the diversity in Dublin. I couldn't remember it being like that.

"My dad lived in London. It reminded me very much of being in London. You'd open your eyes and you actually wouldn't know where you were because there's so much diversity. I was like, 'this is pretty cool'."

"Multi-cultural education should be ingrained within the school systems every single day."

O'Neill uses her personal Instagram account to promote inclusivity and diversity but she has first-hand experience of  racism, both online and on the streets. After publicly supporting the Black Lives Matter movement, abusive graffiti was daubed close to where she lives and her home was egged.

"I'd have gotten quite a lot of abuse in the last while online in particular. People might say, 'well if you don't like it, get offline, get off your social media outlets'. But that's not really fair. Should I not have a social media profile because other people can't help themselves putting me down and commenting on my ethnicity? Why can't I enjoy social media the same way other people do?

"There needs to be more regulations around it. People need to be held accountable. I try to promote and normalise breastfeeding. Last week I posted a picture on my social media of me breastfeedng my child.

"Somebody underneath it wrote, 'ugly blacky'. I reported it on Instagram and the report came back and said they didn't see any issue with the comment. So I reported it again. The second time it went through.

"I think when it comes to reporting abuse they have algorithms where there's certain words that would be a trigger straight away, if they see them they're blocked. But 'ugly' isn't too much of an offensive word and 'blacky could be anything, it could be a nickname for somebody, so together they didn't see anything wrong with it because there's not actually a human looking at it to say, 'okay that's definitely racist'.

"I encouraged my followers to report it. Everyone kept messaging me saying, 'they don't care they said there wasn't harm in it'. I said, 'just report it again and again, if you do it should make it to an actual human'.

"I don't understand why they don't make social media a thing where when you make your account it's done with your ID so that loads of these fake accounts can't be made. If you're seen to be making discriminatory comments you can then be held accountable for it. That's the problem." 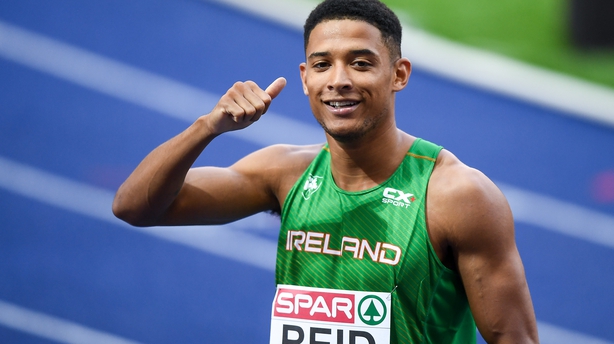 Leon Reid echoes those sentiments while also highlighting the importance of social media platforms to athletes who are keen to raise their profile while also developing crucial sponsorship relationships.

"People say 'you can just delete social media' but it can be a source of income and news. Even with the media, you guys can pick up on stuff that I can post online.

"Social media is crazily powerful. Somebody reported me for training indoors when I wasn't supposed to be indoors when I was actually in Dubai training. I posted and they thought I was in Wales training indoors but the facility was actually closed and I got a call from Northern Ireland saying 'you shouldn’t be there’, and I was like 'I am in Dubai!'.

"That is how powerful it is. You can only see what they want you to see.

"It is the same with people making these troll accounts. They can make four or five in five minutes and they can send it all at the same time; so it is important to try and get rid of them. If you see them, actually do report them."

When James McClean spoke to the Today With Claire Byrne show last month to detail the extent of the online abuse both he and his family suffer, the Republic of Ireland midfielder expressed his despair at how young one of the perpetrators appeared to be.

"The kid, he looks like he is 13 or 14," he said. "To have that anger and hatred at that age is mind-blowing. I don't understand it at that age. I think back to when I was that age. To have that amount of hate for someone you don't know in you... is baffling."

Emer O'Neill adds: "I do think there's a certain point where kids can be a little bit numbed to the effect their words can have, especially written words. Once it's out out there, it's out there forever. You can't take it back. there's so much weight to it.

"We need to join together and really focus on that hashtag: delete, report. I know a lot of people have reached out to me since I've been doing my activist work and they want to know what they can do to help. I think this is a great start.

"Multi-cultural education should be ingrained within the school systems every single day. You should see it as soon as you walk into a school, be it the artwork on the walls or the educators in the building.

"Whether or not you have a diverse school, that actually doesn't matter. There should be multi-cultural things going on daily within your school if you are in fact trying to develop global learners, culturally developed learners that understand, have empathy and are given the tools to go and work anywhere in the world with no problems, where working with a person from any background or ethnicity is no issue  because they are well equipped with the knowledge of what their religious beliefs are, their food, dress, music, culture, all of that stuff. That doesn't happen." 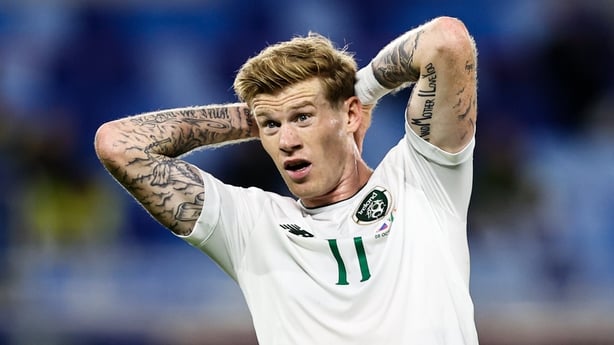 McClean believes that he has become a figure of hatred in England because of children and adults being influenced by family members or through the media. He said: "The media portray me, especially in England, as this (anti-British) person. People, without educating themselves, believe it. That is the world we live in."

There is no quick fix to an issue that so obviously goes beyond just sport but constructive conversation around it helps. As part of the 'Don't Scroll By’ campaign, the Dare To Believe Olympic schools programme has included a module highlighting the importance of confronting hate speech.

"As a teacher I see a lot of things happening within the school system where there's online bullying which really affects children," adds Emer O'Neill.

"Since I've been home I've connected with a woman named Aisling O'Neill. Her daughter was Mia. She was mixed race, the same as me, Nigerian-Irish. Aisling's daughter committed suicide and the reason for it was online bullying and abuse.

"She was targeted in a horrendous way... constant racial abuse, horrible Snapchat messages, things on Instagram. It really resonated with me. I really felt a lot of the feelings, that self-loathing, the want to be different, to look different, to be like everybody else. I knew that emotional trauma.

"But in my day growing up I didn't have people texting me or messaging me on Facebook and Instagram calling me the N-word and things like that. It happened mainly in public, but you can guard yourself from that whereas it's very hard to guard yourself from online attacks. Anyone from anywhere at any time can just send you a message.

"There's another side to it that's harmless. People have made friends with people that live in other countries and have really found solace in that I'd have a lot of kids in school that would find it hard to socialise but their gamers so they'd make friends with other kids from around the world and that's kind of their circle.

"The negative side to that is, you never really know who you're talking to." 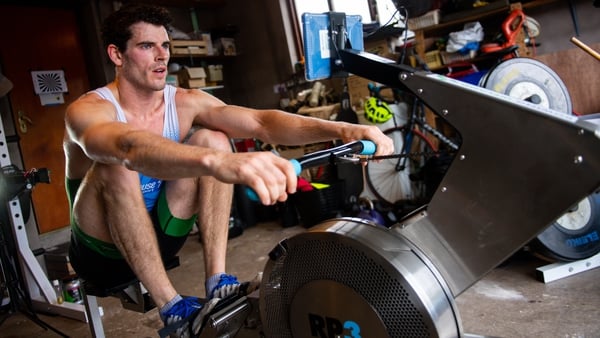