One of the most iconic fixtures on the Australian sporting calendar, the AFL "Grand Final", will be played outside Melbourne for the first time in its history this year, Victoria state Premier Daniel Andrews confirmed on Monday.

Melbourne remains in a strict lockdown after a second wave of Covid-19 cases and Andrews said an exception would not be made even for an event so important to Victorians that a public holiday is observed the day before it.

"For the sake of one event - as important, as religious almost, as it is - the notion that you would take a holiday from the coronavirus for the day so we could have the grand final for a day and a dose of normal, that doesn't make any sense," he told a news conference in Melbourne.

"That would only spread the virus. It hurts, but not as much as potentially spreading the virus more. That notion is not on the table."

It is normally played at the Melbourne Cricket Ground in late September or early October and attracts crowds close to or in excess of 100,000 to the cavernous arena.

Starting in the 19th century as the Victorian Football League title-decider, it has been played every year since 1898, barring 1924, when a round-robin finals system was trialled, and including throughout both World Wars.

The 2019 decider was held at the MCG on 28 September last, with Richmond easily accounting for Greater Western Sydney in front of a crowd of 100,014.

The second wave of Covid-19 cases in Melbourne in July forced the AFL to ship its 10 Victoria-based teams out of the state so the truncated season could be completed.

Queensland, which has hosted a majority of AFL games this season, is favourite to stage the game at Brisbane's Gabba ground, but South and Western Australia as well as New South Wales have also expressed interest. 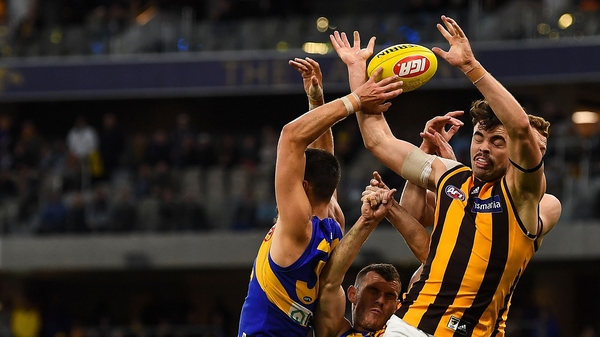