Australia's most isolated city will become the spectator capital of the world on Sunday when 30,000 fans descend upon Perth Stadium as Australian Rules action resumes in the country's west amid easing Covid-19 restrictions.

Tickets for the fiercely contested local derby between the Fremantle Dockers and West Coast Eagles have been snapped up by sports-starved locals, with the Western Australia government announcing the stadium could operate at half-capacity.

"It's an incredible thing to have [football] back and I'm sure everyone's missed it dearly," said former Fremantle coach Gerard Neesham.

"It [fills] a big void in people's normal lives. They look forward to the football season, it occupies a lot of positive time for them."

The state, which will also serve as a quarantine hub for visiting teams, is advancing through a phased reopening of its economy, with the return of full crowds earmarked for 1 August.

Social-distancing restrictions have deprived top-flight Australian Football League clubs of significant crowd support until now. Like most sports leagues around the globe, matches have been played behind closed doors or to a smattering of spectators.

Navigating the different border and quarantine requirements of five state jurisdictions has also been a challenge for Australia's fast-paced and high-impact football code.

Anticipating the need for a condensed schedule as an unpredictable season wears on, the AFL shortened game times by 20% to aid player recovery. 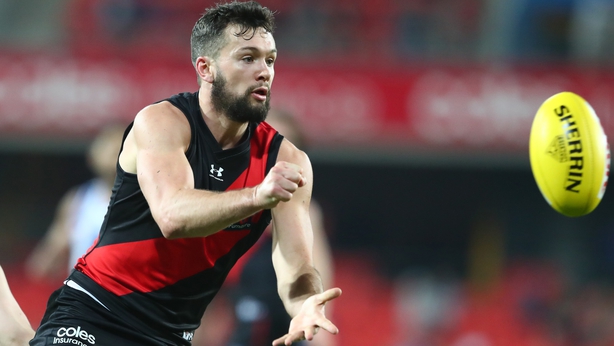 One match has already been called off due to a player testing positive for Covid-19. Tyrone man Conor McKenna tested positive for the virus ahead of Essendon's clash with Melbourne last month, though later tests returned negative results and he has since been cleared to play.

Since returning from a three-month hiatus in June many players have had to live away from their families in interstate travel hubs just to keep the competition alive.

Ten clubs from Victoria state had to relocate north to New South Wales and Queensland last week after a Covid-19 spike caused strict lockdowns in the AFL's traditional Melbourne heartland.

This led to a bizarre first for the competition as every club in the league played at a neutral venue outside their home state, and Neesham said talent will only take teams so far this season given the upheaval and off-field distractions.

"Mental strength would be a critical factor in this current environment," he added. "It'll be a deserved winner at the very end."