'Black Monday' lived up to its name in the NFL as heads rolled following the end of the regular season.

Jim Harbaugh was the biggest name to leave his position after mutually agreeing to quit the San Francisco 49ers, while Rex Ryan's six-year tenure at the New York Jets was ended after a disappointing campaign.

The 49ers would have had high aspirations of coming close to matching the Super Bowl appearance they achieved in 2013, but a poor season saw them slide to 8-8 and Harbaugh looks set to move to the head coaching position at college side Michigan.

"For the last four seasons I have had the great privilege to coach one of the storied franchises in the history of football," said Harbaugh.

"We accomplished many great things together as a team during this period, which is a tribute to the incredible efforts of some of the most dedicated players and coaches in the NFL.

"I will miss competing alongside this group of players and coaches, I have the utmost respect and admiration for their hard work and support."

Ryan was certainly a popular man among the Jets' players but only a trip to the post-season would have prevented him losing his job and a 4-12 record means he will be looking for new employment.

General manager John Idzik has also exited the club. His failure to address issues at cornerback and quarterback cost him dearly, leaving the franchise after just two years.

"Both Rex and John made significant contributions to the team, and they have my appreciation and gratitude for their efforts and commitment," owner Woody Johnson said in a statement.

"Over the years, Rex brought the Jets a bold confidence and a couple of great post-season runs, which all of us will remember.

"Getting the Jets back on track is my top priority, and today's decisions are important steps towards achieving our goals."

The writing was also on the wall for Smith after Atlanta were thumped 34-3 by the Carolina Panthers in their final game of the season, and finishing with a 6-10 record was not good enough for owner Arthur Blank.

"Smitty's contributions to our club, team and city over the last seven years are numerous," Blank said.

"His accomplishments on the field made him the most successful coach in the 49-year history of the Falcons, and we are grateful for the foundation he has laid for us for the future." 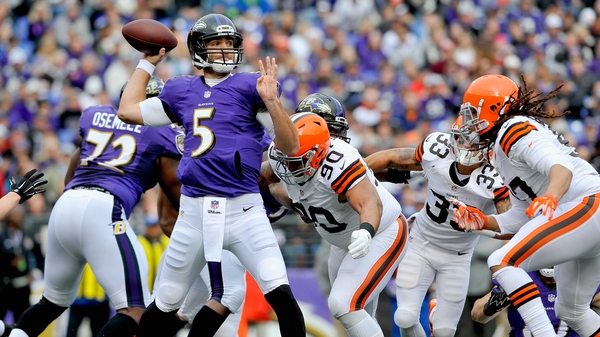