The Denver Broncos and the Seattle Seahawks won their National Football League conference championships in brilliant style on Sunday to set up a historic Super Bowl between the top two ranked teams.

The Broncos, led by their unflappable quarterback Peyton Manning, beat the New England Patriots 26-16 in Colorado to make it to their first Super Bowl in 15 years.

The Seahawks overturned a 10-0 deficit to defeat the San Francisco 49ers 23-17 in Washington state and advance to the NFL's title game for just the second time in the franchise's history.

"This feels even sweeter," said Seattle owner and Microsoft co-founder Paul Allen. "What an amazing job in a super tough game."

The two teams will meet in the 48th Super Bowl at MetLife Stadium in New Jersey on 2 February in a game that has all the makings of a classic with the Broncos boasting the best offense in the league and the Seahawks the best defense.

The Broncos will be appearing in the Super Bowl for the seventh time, one less than the record jointly shared by the Pittsburgh Steelers and Dallas Cowboys, and chasing their third win after back-to-back victories in the 1997 and 1998 seasons.

Manning played in two Super Bowls with his former team the Indianapolis Colts, tasting success in the 2006 season, and has the chance to win a second ring at age 37 after another masterful display against the Patriots and his old rival Tom Brady. 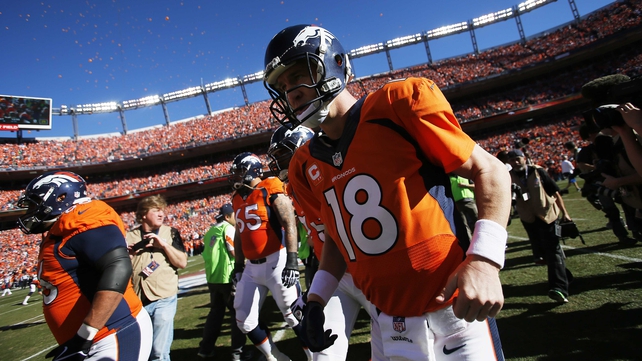 "Well, it's an exciting feeling," he said.

"You do take a moment to realize that we've done something special here and you certainly want to win one more."

Manning broke the record for the most touchdown passes in a regular season with 55 strikes and continued his devastating form against the Patriots, completing 32-of-43 passes for 400 yards and touchdowns to Jacob Tamme and Demaryius Thomas.

Brady threw one touchdown pass and rushed for another but was unable to prevent his team from suffering another agonizing loss.

Although New England has been the dominant force in the NFL for the past decade and a half, winning three titles between the 2001 and 2004 seasons, the Patriots have lost their last two Super Bowl appearances and have now lost the last two AFC Championship games.

"It's tough to get to this point, two weeks from now there's only one team that's going to win that game and that's a tough one to win," Brady said.

"Anytime you come up short of what you're trying to accomplish, it's not a great feeling but I'm proud of our team and the way we fought."

The 49ers were also cursing their postseason ill-fortune.

Beaten by the New York Giants in the NFC title game two years ago, then by the Baltimore Ravens in last season's Super Bowl, the Niners still had a chance to beat the Seahawks.

But their hopes were dashed when Seattle linebacker Malcolm Smith intercepted a pass from San Francisco quarterback Colin Kaepernick with just 22 seconds left on the clock.

"I turned the ball over three times, I cost us this game."

Seattle trailed 17-10 in the third quarter but piled on 13 unanswered points to seal the win, highlighted by a 35-yard touchdown pass from quarterback Russell Wilson to Jermaine Kearse in the final quarter.

"This team was ready to finish," said Seattle coach Pete Carroll.
"We knew we weren't in the lead but that didn't matter.

"They were going to go out and get it done no matter what it took." 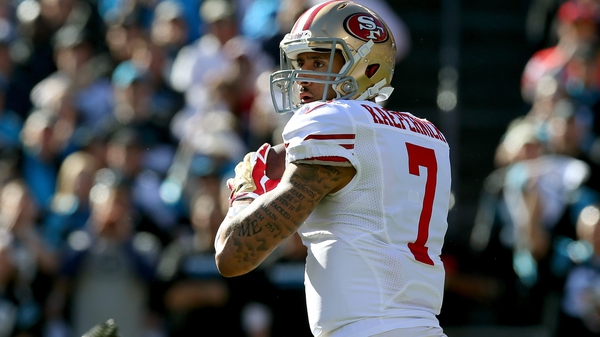