Annalise Murphy from Providence Team IRL is the 2013 Laser Radial European Champion after winning her final race this afternoon.

The 23-year-old Rathfarnham sailor finished second, third and first in the final three races on Dublin bay today to win the regatta.

She won with ease after entering the final race with a 17-point lead over her nearest challengers Marit Bouwmeester (Holland) and Alison Young (Great Britain).

There was more good news for Ireland later in the day as 17-year-old Finn Lynch from Bennekerry, Carlow was crowned the 2013 Under-21 Men’s Laser Radial World Champion.

Lynch also won bronze in the overall World Championship and silver in the European Championship.

A delighted Murphy said afterwards: “It was pretty tough after the Olympics. It hurt to have finished fourth, especially to have been in a medal position all the way through.

"It made me train pretty hard this year, I have been pretty focused these last few months and I knew I had a goal here. I was not too sure how everyone else was going to perform. I am so delighted.

“It is so special to win here at my home club. My mum and dad are here, my sister is here. It is awesome, it is great to see all the club members here sharing it with me. They have been such a huge support for me over the last two years.

"It is great. Rio is still three years away. I have a lot of training to do and a lot of racing, But this feels great to win my first big event.” 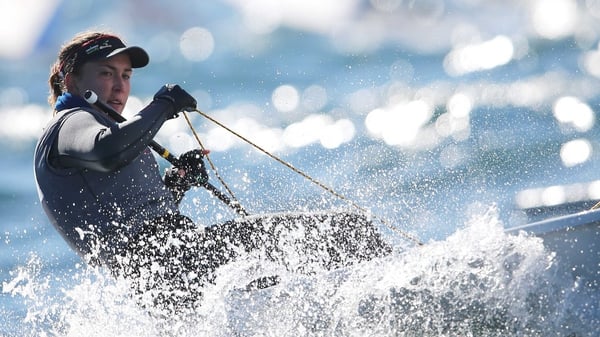