It brings her total race wins to seven out of eight since the regatta began on Sunday.

There are four races left to sail in the championship, two tomorrow and the final two on Friday after which the new 2013 champion will be crowned.

Murphy currently has a 15-point lead on Alison Young from the UK, who lies in second place.

In third place is Dutch sailor Marit Bouwmeester, who won silver in the Laser Radial class at the London Olympics where Annalise finished fourth overall.

Finn Lynch from Kilkenny is in second place and Fionn Lyden from Cork is fourth place having lost his lead yesterday.

Afterwards, Murphy said: “Every day has been going well so far. It felt much the same today.

"I am just trying to focus on sailing well and not making too many mistakes.

"I had a bit of luck in the first race getting that wind shift and I am not complaining about that too much. That is the way in sailing, sometimes it just goes your way and you are grateful for it.” 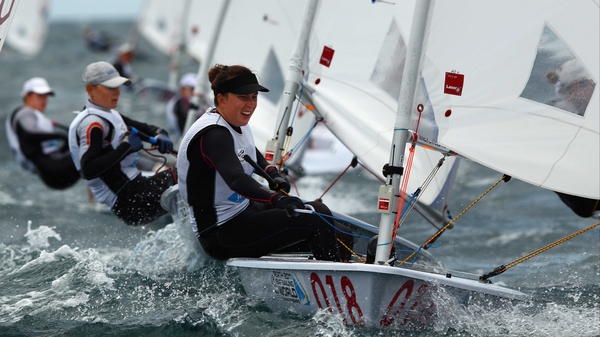