Lewis Hamilton has admitted he was surprised Sebastian Vettel did not put up more of a fight after he passed his rival to win the United States Grand Prix and edge ever closer to a fourth world title.

Pole-sitter Hamilton lost out to the fast-starting Ferrari driver on the uphill dash to the first corner at the Circuit of the Americas, but reclaimed the lead just five laps later with an impressive lunge at Turn 12 to secure his ninth victory of an equally-impressive season.

Hamilton heads Vettel by 66 points with just 75 to play for, and now needs to finish only fifth in Mexico on Sunday to join an elite band of drivers who have won three championships or more.

Hamilton crossed the line 10 seconds ahead of Vettel, who was made to work hard for his second place after taking on an aggressive two-stop strategy.

"The race was great and I have to say it was one of the most fun that I have had for a while," Hamilton said.

"I was a little bit surprised Sebastian did not defend more. I would have."

"I did not get away to a great start, but I was kind of chilled about it because I know you can overtake here, and it was great having that battle of trying to keep up and trying to get close.

"I wanted to have a wheel-to-wheel battle and I had a lot of fun trying to get closer and it came down to the overtake at Turn 12. That is what I live for and that is what I enjoy most. I was a little bit surprised Sebastian did not defend more. I would have."

Hamilton has been in imperious form since the summer break, winning five of the six grands prix, to stand on the brink of Formula One greatness.

Hamilton lost out to bitter rival Nico Rosberg last season, but the latter's surprise departure from Mercedes has appeared to have a positive effect on the British driver's mental state this term.

"I have been working with Lewis now for five years and I have never seen him operate on this level," Hamilton's Mercedes boss Toto Wolff said.

"We had a difficult moment last year in Abu Dhabi, and we came back together a couple of days later in my kitchen and had it all out.

"We discussed all the frustrations, and the questions that have grown over the years were all put on the table and he came back with a great mindset that has grown stronger through the year." 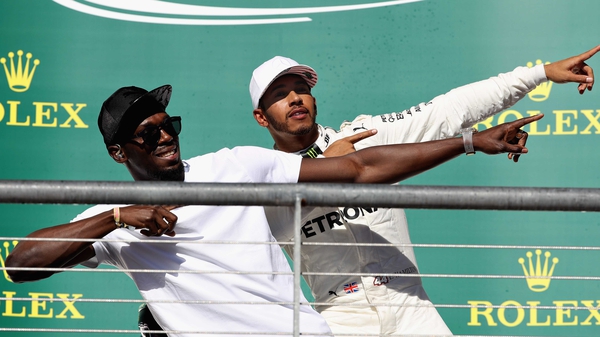