Craig Breen admits finishing eighth in his first team WRC drive at Rally Sweden was a far better result than he had anticipated.

The Waterford man made his debut for the Citroen Total Abu Dhabi World Rally Team in Sweden, with Breen even finishing ahead of race winner and reigning world champion Sebastien Ogier on two of the stages.

"I was absolutely delighted with how the whole thing panned out. It really exceeded my expectations," he told RTÉ Sport.

"The speed came a lot sooner than I had imagined. On our fourth stage in the car, to get the third-fastest time and beat the world champion in a second pass on level-road conditions is something I won't forget for a long time.

"Not just the overall finish, the times throughout the weekend were far beyond what we expected.

"Now, I supposed, the bar is raised a bit more, the expectations are more for the next time, but I'm more than ready to take it on."

Unusually mild weather in Sweden meant several stages of the race, which is a snow and ice rally requiring special tyres, were cancelled.

Despite the disruption, Breen claimed four championship points on his debut to sit 11th in the overall standings.

"It was a little bit disjointed the whole week as the rally was in jeopardy for a couple of days due to the mild weather," he said.

"When we were doing the recce we were 70-80% sure we weren't going to be doing the rally.

"In that respect, it was a bit weird but then Thursday the weather turned quite cold and then we were to do the rally, although a shortened one.

"In that regard it was a bit all over the place but once I started on Friday morning I felt completely at one with the car and started to work away and set up the car to make it work for me. It was a wonderful experience."

Breen is unsure whether he'll be back to defend the Circuit of Ireland Rally title he won last April but will contest six or more, as of yet unannounced, stages of the WRC.

"It should be at least six. I'll have plenty more opportunities before the end of the year," he said. 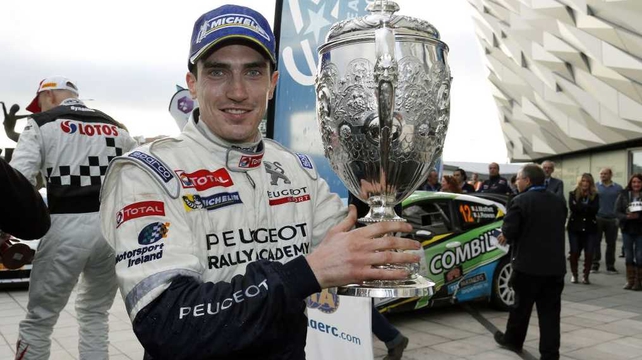 "I'd love to do it [the Circuit of Ireland]. I'd give an arm and a leg to go back and win it again but at the moment nothing is set in stone and I've just expressed my interest.

"The full focus is on the world championship. I have to make the most of this opportunity I've been given.

"Any kilometres I get behind the wheel of the car are good but the primary focus is to make sure I do the best I can when I'm driving in the world championship.

"But I'd still like my name on the trophy again."

Breen attended today's launch by Motorsport Ireland of its 'Team Ireland' initiative, a scholarship system that will offer talented drivers in the sports of rallying, racing and karting the chance to "participate in programmes developed to address nutritional, physical and psychological improvements".

As a former Billy Coleman Award young rally driver of the year himself (2009), Breen strongly welcomed the development.

"It's a great initiative," he said. "I'm sure the guys will really reap the benefits when they start to work on their fitness and all the other aspects that are involved in getting to an elite level.

"When they start to discover the results after a couple of months work, they'll realise how crucial a part that plays.

"When I won my Billy Coleman award, it was in my first year of rallying and it went towards my nexy year. I was lucky enough that at the end of that year I won another scholarship and then the following year another.

"I was very lucky in that respect but some other people can win everything in the year after the Billy Coleman award and then have nothing thereafter.

"So this programme is to try and keep their level up and hopefully give them a continuous future in the sport." 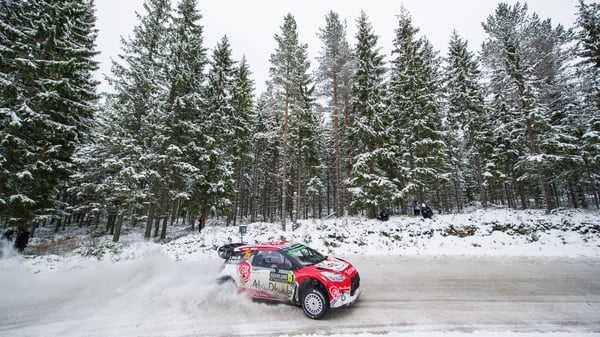 Breen there, done that as Irish man takes points Motorsport