As they have all year, Mercedes dominated the final Friday practice session of the Formula 1 season.

The German, runner-up in a championship already won by Hamilton, lapped with a best time of 1:41.983 under the Yas Marina floodlights.

Hamilton, winner in Abu Dhabi last year after Rosberg secured pole position, had been quickest in the afternoon with a time of 1:43.754 but ended the day 0.138 slower.

Organisers are also making much of the connection between the number 44 on Hamilton's car and the 44th National Day anniversary next week of the founding of the United Arab Emirates.

Another victory would also be the 44th of the Briton's career and he is determined to end the year on a high.

But so too is Rosberg, who is chasing his third successive win and sixth pole position on the bounce.

The Mercedes duo, who will also be chasing a record 12th one-two of the season in Sunday's race, were comfortably ahead of the rest.

Mexican Sergio Perez was an impressive third in the evening practice for Force India but still 0.627 off the pace and complaining at the end of the session that his car's glowing brakes had gone. 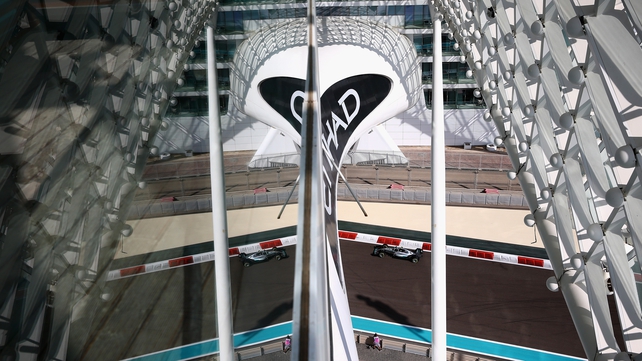 Kimi Raikkonen was third fastest in the first session with Red Bull's Daniil Kvyat fourth and sandwiched between the two Ferraris with Sebastian Vettel fifth in both sessions.

Lotus passed scrutiny, after being granted a waiver on Thursday due to the late arrival of their cars in the paddock due to ongoing financial troubles, but still had a difficult session.

British reserve driver Jolyon Palmer, who is due to replace departing Frenchman Romain Grosjean next season, had to sit out all but the final 12 minutes as the team worked to fix a water leak on his car.

Grosjean did 27 laps in the later session.

Spanish rookie Carlos Sainz parked his Toro Rosso by the side of the track with half an hour to go after being told to turn the engine off. 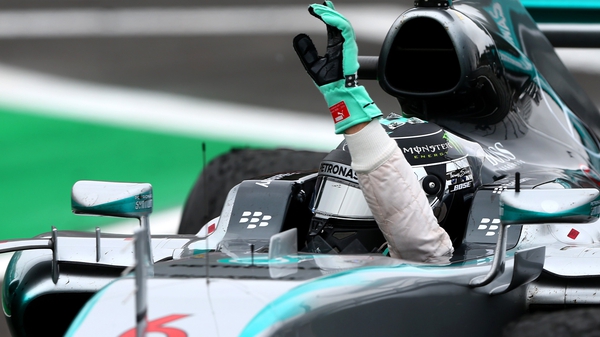