World champion Sebastien Ogier took another big step towards retaining his title when he won the Australian round of the world rally championship in the seaside resort of Coffs Harbour for the second year in a row.

The 30-year-old held off Volkswagen team mate Jari-Matti Latvala by 6.8 seconds to extend his lead over the Finn in the title race to 50 points with only 75, plus bonuses, up for grabs over the last three rounds in France, Spain and Britain.

It was the sixth victory of the season and the 22nd of Ogier's career and, with Norwegian Andreas Mikkelsen finishing third in another Volkswagen, helped secure a second consecutive manufacturers' title for the German marque.

"We did something special this weekend with a one-two-three"

The rare podium sweep was particularly pleasing for Ogier after he and Latvala had both crashed out of the last round in Germany.

"Fantastic," Ogier, who has 214 points to Latvala's 164, said in a TV interview after leaping out of his car at the end of the 20th and final stage.

"There was no better way to come back for the team. It was very frustrating for us to offer them such a bad result at home. At least we did something special this weekend with a one-two-three.

"So I'm very happy for the team and from a personal point of view, it's a good, good step for the championship as well."

Latvala won the final power stage on Sunday afternoon to claim three bonus points to Ogier's two but by that point the Frenchman and his co-driver Julien Ingrassia were all but assured of victory.

A better selection of tyres on Saturday meant Ogier went into the final day with an 11.8 second-lead, which he was able to protect on the dusty gravel tracks around the north central coast of New South Wales.

The French round of the championship takes place on asphalt around Strasbourg in Alsace from 3-5 October. 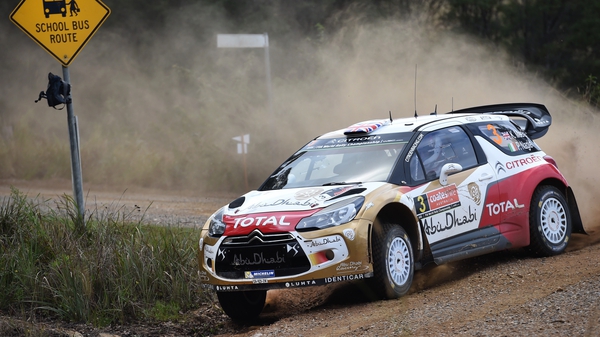 Sebastian Ogier on top Down Under