Defending champion Sebastien Ogier extended his lead after winning the final four of Saturday's six stages on the penultimate day of the Rally Australia.

Ogier held a 0.4 second lead over Volkswagen Motorsport team-mate Jari-Matti Latvala after Friday's racing, but the 30-year-old Frenchman had extended the gap to 11.4secs by the end of Saturday's action.

Norway's Andreas Mikkelsen trails Latvala by 13.5secs in third overall, while Northern Ireland's Kris Meeke is fourth a further 1.5secs behind and Mikko Hirvonen rounds off the top five a further minute back.

Ogier, who leads the World Rally Championship by 44 points, revealed that tyre choice was crucial on Saturday as the weather became unpredictable.

He told wrc.com. "The meteo was very unsure and there was a risk of thunderstorms, but finally it stayed dry. We had to use one soft tyre but Jari-Matti had to use two so it was even harder for him.

"The car moved a little bit and oversteered in right corners but you have to keep that in mind and be a bit cautious." 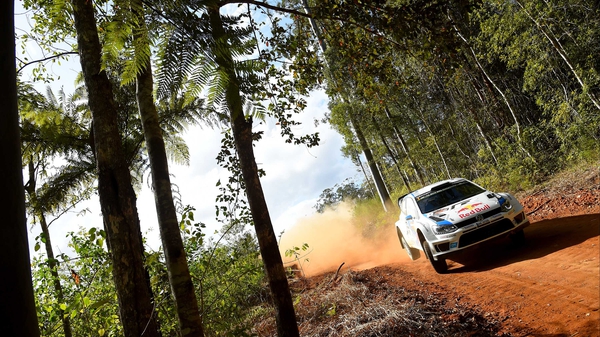 Ogier has the edge in Rally Australia