The Volkswagen Motorsport driver, who leads the World Rally Championship by 44 points, recorded victories on four of the eight stages completed on Friday after getting off to a winning start on the opening stage at Hydes Creek.

The 30-year-old Frenchman continued to impress as he managed to come home with the fastest times in stage four and final two runs to post an overall time of 58 minutes 5.8 seconds to lead team-mate Jari-Matti Latvala by just 0.4secs after the first day.

Latvala of Finland won the fifth and sixth stages and took a marginal 3.1secs lead in the table over Norway's Andreas Mikkelsen in his Volkswagen, who finished second fastest in the first and final stages.

Northern Ireland's Kris Meeke came home first in the second and third stages for Citroen and took an early lead before Ogier came back.

Meeke, who led a Citroen one-two at the end of the shakedown on Thursday, sits fourth in the standings with a 4.1secs gap between himself and the leader with Finn Mikko Hirvonen 3.8secs further back in fifth.

Ogier was pleased with how the day went and told www.wrc.com: "Before the start I knew that I just had to focus on my drive and not care about the times of the others. I expected to lose time, so I'm really happy with the result of the day. It's incredibly good.

"I managed to make some good difference on the first stage. The benefit that half the stage was already clean from the shakedown helped me. I pushed and managed to make a good gap that saved my day at the end."

The leader admitted he struggled through some of Friday afternoon's stages as he had a problem with his radiator leaking and topped it up with his drinking bottle.

He added: "I had some alarm this afternoon. For an unknown reason I had a leak and was losing water - luckily not too much. I managed to finish every stage and refill it enough to come back here. Let's say I'm really happy to be here tonight." 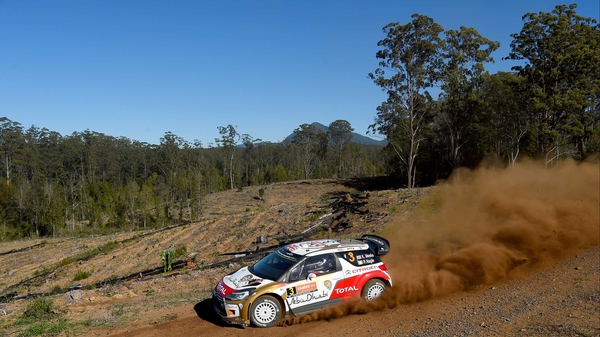