Kris Meeke led a Citroen one-two at the end of the Rally Australia shakedown today.

The Northern Irishman posted a time of two minutes 52.9 seconds around the Hydes Creek special stage on the outskirts of Coffs Harbour, situated halfway between Sydney and Brisbane on the New South Wales coast.

Meeke, who missed out on an opportunity to win himself in Germany, was happy with the short run that serves as a prelude to the main competitive action that begins on Friday.

"This shakedown is a good representation of the rally. I adjusted a few settings between runs and I think we're in the ball park with the set-up. We'll see."

Assessing the conditions, which appear to be very different to a year ago, Meeke added: "Last year it was very, very dry and dusty.

"But there's been a bit of rain in the last two weeks and the road is still a bit humid in some sections under the trees.

"That can make some corners very slippery, so you have to be on your guard."

VW team-mates Jari-Matti Latvala and reigning champion Sebastien Ogier were fourth and fifth behind Meeke, 1.4secs and 1.5secs off the pace respectively.

After neither man finished the rally in Germany, Ogier continues to hold a 44-point lead over Latvala in the standings with four events remaining. 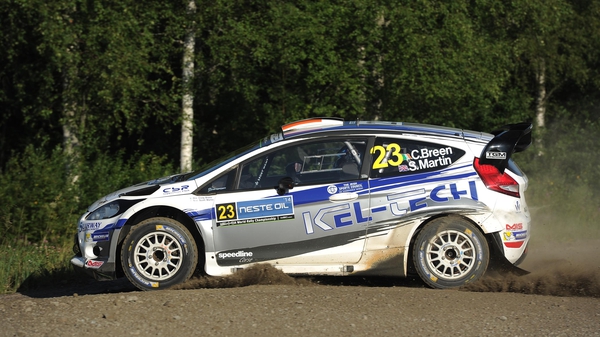