Craig Breen has been refused permission to take part in Rally Germany this weekend, the ninth round of the World Rally Championship season.

Following a stewards meeting in Trier in Germany where they received a report from the FIA medical delegate and the rally chief medical officer, the stewards decided that Breen would not be allowed to take part.

The decision by the stewards was made on safety grounds in light of Breen's recent back injury, received after a heavy landing over a jump at Rally Finland two weeks ago.

Although given full clearance by his specialist to compete on his third WRC event of the year, the stewards had concerns that Breen would further damage his back by taking part in the rally.

"I am bitterly disappointed by this decision" said Breen.

"I have followed the correct procedure leading up to this event and I have medical clearance to compete.

"I feel great and I haven’t any pain even after our pre-event test here this week. I must respect the stewards decision and move forward."

Breen's next event will be the Barum Czech Rally Zlin in the next round of the European Rally Championship next week. 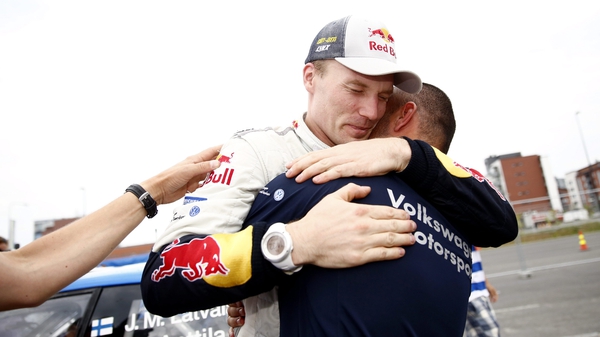