The Finn won the opening two stages before sharing the fastest time with his Volkswagen Polo R team-mate and World Rally Championship leader Sebastien Ogier on the SS3 stage.

Ogier then won the fourth and final stage on the Jyvaskyla street test, although it was not enough to prevent Latvala from holding a 4.5seconds lead heading into the second day.

Latvala, who is second in the overall standings - 50 points behind defending world champion Ogier after seven rounds - might have boasted a slightly bigger advantage but clipped a bale of hay on the last corner of the day.

The 29-year-old said: "It's been a good day but it's not been a perfect day. There were some places where I was too much sideways. I need to do better tomorrow and I know there is more to come."

Northern Ireland's Kris Meeke is third in his Citroen DS3, 9.2 secs off the leader, while there is then a sizeable gap to Mikko Hirvonen in fourth place, with the Ford Fiest RS driver some 26.4 secs adrift of his compatriot Latvala.

Another Finn, Juho Hanninen, had been on course to end the day in fourth spot but slipped behind Hirvonen on the final stage, with Andreas Mikkelsen completing the top six. 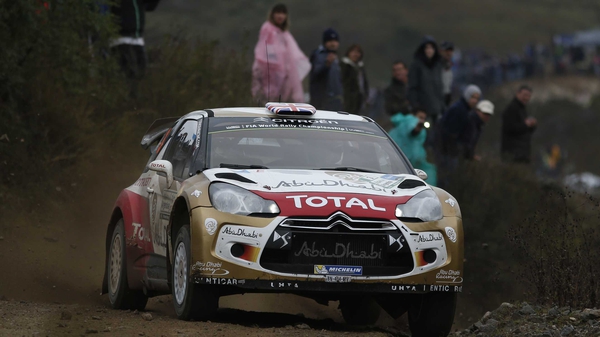