Susie Wolff described her unfortunately brief moment in the Formula One spotlight as "heart-wrenchingly disappointing", but would like to believe it was also "inspirational" for women everywhere.

Wolff made F1 history when she became the first woman for 22 years to take part in a grand prix weekend, and only the sixth overall, when she drove in the first practice session for the British Grand Prix at Silverstone.

But in front of a 70,000-strong crowd, and with various messages of support dotted around the Northamptonshire track, Wolff's outing was over after just 20 minutes.

After completing just four laps, with one timed that very briefly put her top of the timesheet, an engine failure caused by an oil pressure problem forced her to pull off the circuit.

Although the car made it back to the garage, it proved unfixable to send the 31-year-old Scot back on track.

Felipe Massa crashed his Williams into a barrier just six minutes later to complete a wretched morning for the team.

The saving grace for Wolff is she gets a second chance in a fortnight's time as she is scheduled to drive in first practice for the German Grand Prix at Hockenheim.

"It was always going to be a very special day for me - a British woman driving for such an iconic British team at the British Grand Prix.

"What happened is motor sport sometimes. It can be heart-wrenchingly disappointing, but these things happen.

"And that's the difficulty with sport on occasion, you can put in so much hard work, so much preparation and look forward to something so much, and then on the second lap the engine stops.

"That's a big disappointment, but now it's about keeping my head up and making sure I do a better job and get more laps in Hockenheim.

"There I have to really show what I can do because I didn't get the opportunity today, so I need to keep working hard and focus on doing a good job there." 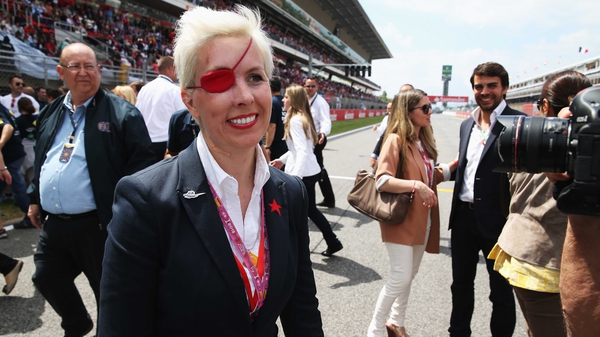