Leading Hamilton by just 0.059secs after the opening hot lap in the final part of the session, Rosberg locked up on his final attempt at Mirabeau and was forced to take to the escape road.

That appeared to open the door for Hamilton, but with yellow flags being waved for Rosberg's incident, it meant the Briton was forced to abort his final flying lap.

Monte Carlo stewards subsequently launched an investigation into the incident, however they decided ultimately to take no further action.

"Of course I'm sorry for Lewis. I didn't know where he was. It's not great" - Nico Rosberg

It is the sixth pole of Rosberg's career, and his second in a row at Monaco after pipping Hamilton to top spot on the grid last year.

While Rosberg was naturally delighted, punching the air as he stepped from the cockpit of his car, Hamilton had a face like thunder.

It adds more tension to the intra-team battle that is unfolding between the pair this season, with just three points separating them in the championship standings.

Explaining the incident from his perspective before the investigation was announced, Rosberg said: "No, it wasn't an ideal way to end qualifying.

"I thought it was over, that the track would ramp up and someone else could beat my time.

"I'm happy it worked out. Pole at home is obviously fantastic. It couldn't be better."

As for the fact Hamilton was behind and was two tenths of a second quicker before having to back off, Rosberg added: "Of course I'm sorry for Lewis. I didn't know where he was. It's not great."

Hamilton, in response, was terse as he said: "I don't have an answer to that." 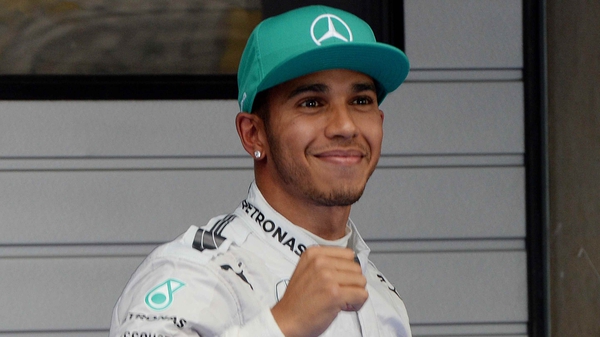