Red Bull's Sebastian Vettel insists fellow Formula One drivers and race fans are "horrified" at plans to award double points at the final race of next season.

The FIA has announced it will increase the winning driver's points to 50 from the standard 25 at the 2014 Abu Dhabi Grand Prix in an effort to avoid the title battle being decided before the final race.

Vettel, who won this year's title with three races to spare, is the first of the current crop of drivers to hit out at the idea, which was one of several new initiatives announced following a meeting of the F1 Strategy Group and the Formula One Commission in Paris on Monday.

"This is absurd and punishes those who have worked hard for a whole season," the 26-year-old said in an interview with German newspaper Sport Bild.

"I value the old traditions in Formula One and do not understand this new rule.

"Drivers, fans and experts are horrified."

Red Bull advisor Helmut Marko, also speaking to Sport Bild, claimed the original plan had been for the final four races of the season to award double points, but that was rejected.

"At first it was planned that double points would be awarded for the last four races," he said.

"Then the world championship up to that point would have been almost useless."

Vettel and Marko's comments have not yet been echoed by rival teams, although former F1 driver and respected analyst Martin Brundle was among the dissenting voices on Twitter on Tuesday, writing: "Double points for the last F1 GP of the season looks like an answer to a question nobody was asking. Devalues the other races too."

Should the double points plan ultimately see the light of day, it is worth considering that a number of recent championship battles would have been altered under such rules.

Fernando Alonso would have beaten Vettel to the 2012 title while Felipe Massa would have been champion ahead of Lewis Hamilton in 2008.

Kimi Raikkonen would also have beaten Michael Schumacher to the 2003 crown, while going further back both Stirling Moss and Gilles Villeneuve - two of the greatest drivers never to win the F1 title - would have won the crown in 1956/1958 and 1979 respectively.

The double points bombshell was one of several rule changes announced on Monday.

A plan to introduce a budget cap from 2015 was also made public, as was a new initiative for drivers to choose their own racing number - from two to 99 - which they would keep for the duration of their time in F1. 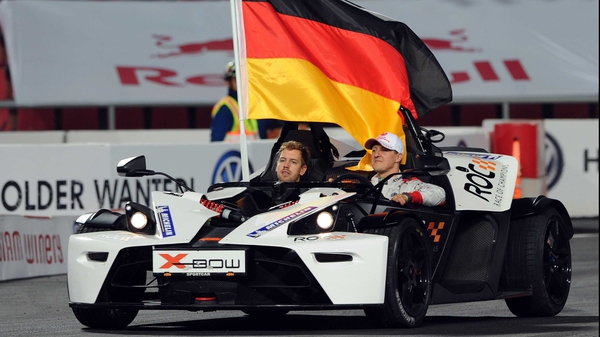