Sebastian Ogier secured his sixth win of the season at Rally Australia on Sunday but must wait a little longer to get his hands on the world title.

The Frenchman dominated all weekend in his Volkswagen Polo on the Coffs Harbour Coast, winning 19 of the 22 stages to finish one minute 32.1 seconds ahead of his rivals.

However, Belgium's Thierry Neuville, the only man who can still catch Ogier in the title race, capitalised on a final-stage puncture for Mikko Hirvonen's Citroen to finish second, with the extra points leaving Ogier agonisingly short of his target.

"The team told me at the finish line that I had missed the title by one point because Mikko had a problem. I tried my best," Ogier said on www.wrc.com.

"The most important thing is that we did another perfect rally and we thought it was okay for the title, but it can't be written down yet."

Ogier now has three rounds left to wrap things up, with the World Rally Championship next moving to France on October 3, but is confident he can get the job done.

He said: "When you do a perfect job like that you expect to get it, but it's going to happen soon."

Hirvonen's puncture cost him a minute in time allowing Neuville to sneak through in his Ford Fiesta, with the Finn having to settle for third place. 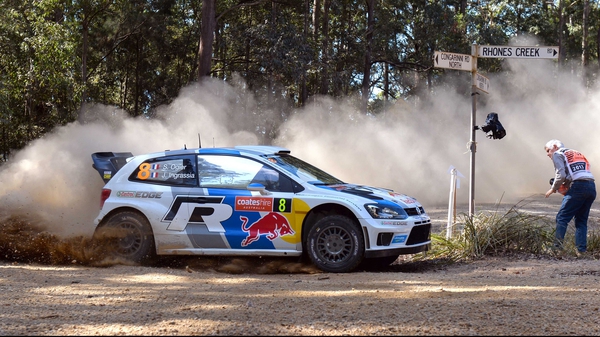