Cathal Pendred has backed Conor McGregor to “steamroll” Jose Aldo in his headlining bout at UFC 194 this Saturday night in Las Vegas.

Pendred, who announced his immediate retirement from mixed martial arts last month, believes McGregor is in a far better physical condition to when the fight was originally supposed to take place last July, when Aldo pulled out due to a rib injury.

"Conor is refreshed, he’s fully healthy. A happy fighter is a dangerous fighter and I think he’s in a much better place now"

“People who were certain Conor is going to win are starting to feel less confident and I don’t know why. I’m more confident than ever.

“Conor is in an even better place than he was when they were supposed to fight last July. Conor was in a very bad way going into that fight - he only started sparring a couple of weeks beforehand.

“He completely messed up his knee with torn ligaments. It’s a testament to his mindset that he continued on and refused to bow out of the fight, whereas Aldo had the rib injury and chose to bow out. Conor still disposed of Chad Mendes and he wasn’t half the fighter he is most of the time.

“Conor is refreshed, he’s fully healthy. A happy fighter is a dangerous fighter and I think he’s in a much better place now. I also think it’s a very bad match-up for Aldo. They both like to keep the fight standing and they’re both strikers but I think Conor is the far superior striker.”

Pendred called time on his career with a 17-4-1 record and admitted the enormous strain of life at the top of such an unforgiving sport was taking its toll.

“MMA consumes every bit of your life,” said the 28-year-old. “When you’re a pro fighter at the top of the sport, every waking minute of your life has to revolve around the sport. 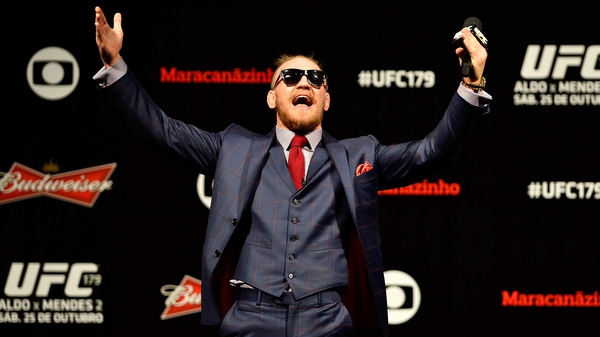