RTÉ hurling analyst Joe Canning argues the condensed inter-county season has had a significant impact on how teams are approaching the Allianz League.

While the football league has grown in importance and profile over the past decade, the hurling league has recently gone sharply in the opposite direction, especially since the format was altered from 2020, supposedly at the behest of county managers anxious for a less intense spring programme.

With relegation now not a realistic proposition for the elite corps of nine counties and the league final running close to the start of the provincial leagues, the accusation hovers around that teams are treating the competition as an afterthought.

Limerick's abject displays in the past two league campaigns - which were swiftly followed by All-Ireland victories - have encouraged the narrative. Not only that, but Waterford's league triumph in 2022 preceded an unexpectedly poor showing in the Munster championship. Likewise, 2021 joint-winners Galway fared badly in the subsequent championship.

No longer merely a non-indicator of championship prospects, in the past two seasons, the league has been a negative predictor of summer performance.

Canning, who was unveiled as part of RTÉ's hurling championship coverage for the 2023 season on Sunday, said the altered shape of the inter-county season has meant teams are unable to go "full throttle" at the league.

"I think teams will learn a lot from last year, considering Waterford went so well and then were flat in the championship.

"I think teams will be more like Limerick last year, where they're just getting through the league while getting ready for championship.

"With the split season, everything is confined to a couple of weeks. Now, it's just week on week on week. So, it's a lot more difficult for teams to put out their best team every week in case they get injuries.

"In the past, if you get an injury in a match, you might have had two or three weeks to recover. Whereas now it's the following week.

"Teams are finding it more difficult to go full throttle."

2022 ended with Limerick still on top of the pile, having completed the three-in-a-row and now being compared with the Kilkenny side of the late 2000s.

While the gap was perceived to have narrowed on the evidence of last summer, the absence through injury of two-time Hurler of the Year Cian Lynch has to be weighted as a factor.

Assessing which of the chasing pack are best placed to dethrone Limerick is a hopeless endeavour, reckons Canning.

"Any team can beat anybody. There's no point in saying anybody is firmly second. Because there's not anyone in my view.

"Limerick are top and there are five or six teams there that can beat each other on day. There's no point ranking 2, 3, 4, 5 because that'd be lying really."

Galway, last All-Ireland winners in 2017, when Canning won the Hurler of the Year award, are certainly part of that quintet.

When Canning departed in 2021, there were suggestions that the Galway hurlers might be bound for an awkward period of transition. Aside from his exit, several key players including David Burke, Daithí Burke and the Mannion brothers were identified as having plenty of miles on the clock.

However, Henry Shefflin's first year in charge was respectable, with Galway eventually exiting after a highly creditable display against Limerick in the All-Ireland semi-final, having gone tit-for-tat with the three-in-a-row champions for the entirety of the second half.

Having topped the provincial round robin, the subsequent Leinster final loss to Kilkenny was the only major bum note over the course of the summer.

"I wouldn't say it's transitional period. I think they're competing. A transitional period comes when you're trying to change the team substantially and you're losing six or seven lads. But Galway are only looking for one or two so I don't think there's any transition.

"Obviously last year, there was new management with Henry. But in the second year, hopefully they'll find one of two more guys and have a good year.

"Leinster is very competitive and it has been over the last number of years. A lot of people are skewed towards the Munster championship, saying it's number one.

"But if you look in the last few years in the Leinster championship, there's been great games. I know Kilkenny have won the last three but they've always had to fight for it."

As for Canning himself, he goes from being one of the most talked about players of the past decade to the one doing the talking. He has excited about the new venture, having had a taste already. 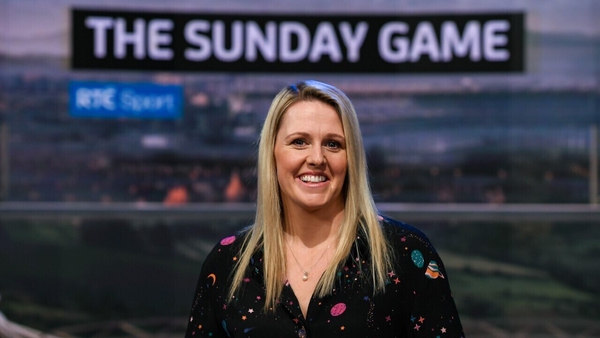