Davy Fitzgerald says he is raring to go as he returns to manage the Waterford hurlers for the second time.

Having been in charge of Wexford from 2017-2021, this year was a first away from the inter-county hot seat since his first foray with the Déise ended 11 years ago.

"I was lucky to have been [continuously] involved between playing and managing for over 30 years. Last year was a bit strange, not being involved with any fellas team at a high level," the 51-year-old told Des Cahill on Morning Ireland.

"I got work with RTÉ on The Sunday Game, which was different. It was nice to have that change and see things from a different light. I certainly enjoyed my time in Cork [Camogie] anyway.

"There was a committee put together in Waterford. We got together and had a chat a number of days ago.

"I couldn't believe how thorough they were. It was a few hours of a meeting and they went into every detail. It was exciting because I love people asking me good hurling questions and from both sides was pretty much the same."

The Clare native was appointed for a two-year term on Thursday night and said today that he wouldn't rush into appointing selectors as he wanted to ensure a strong local representation.

"We haven't even looked at a backroom team yet. I want to take my time and make sure there’s a nice bit of Waterford involvement and get the best possible team I can together.

"The Déise fans are very passionate. They love their team and their hurling. It’s a big task ahead of us and I want everything to get it as right as I possibly can."

Waterford reached the Munster and All-Ireland decider in 2020 but were knocked out in the AI semi-final last year and didn't make it out of the province this term, despite having won the Allianz Hurling League.

While he stopped short of setting any targets for what is already shaping up to be a hugely competitive 2023 campaign, Fitzgerald is confident the county have the players to contend.

"They are a really good bunch. You saw them in the league last year," he said. "Liam Cahill did a really good job over the past number of years, as did the previous managers.

"Their Munster championship record I would like to be better but I would be excited about working with a bunch like this. They are very enthusiastic.

"It's very competitive out there. Limerick have set the bar. We saw Clare perform last year. Cork have new management. Liam [Cahill] has gone back in to Tipp. Munster will be pretty crazy next year.

"It’s going to be tough but that’s what you want. I’d like to think we’ll stand up toe-to-toe and give it a good shot with anyone.

"I have to go in and assess a few things but I’m really excited about the challenge.

"The last time I went in I probably got to work with some of the greatest players Waterford ever had. The only thing was a few of them were coming to the end of their career.

"I started my inter-county [management] career down there and we didn’t do too bad. I’m looking forward to going back there and having a right cut at it again." 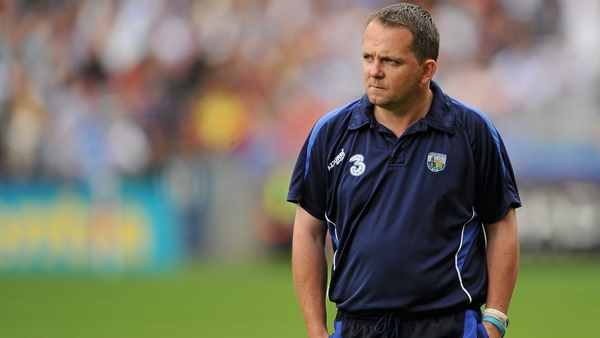 Davy Fitzgerald returns to the hotseat in Waterford