Davy Fitzgerald has returned to senior men's inter-county hurling management after being appointed as Waterford boss for a second time.

The man who led Clare to the All-Ireland in 2013 was nominated for the position by the Waterford GAA executive at a meeting in Lawlor's Hotel in Dungarvan this evening. He comes in on a two-year term with an option for a third term, and his backroom team will be named at a later date.

Fitzgerald replaces Liam Cahill in the role, the latter having departed abruptly to take the reins in his native Tipperary last month. Cahill had managed Waterford to an All-Ireland final appearance in 2020, the semi-final stage in 2021 and an Allianz Hurling League triumph in 2022 before an unexpectedly flat performance and an early exit in this summer's championship.

Fitzgerald stood down from his role as coach of the Cork camogie side following their narrow loss to Kilkenny in Sunday's All-Ireland final.

He previously managed Waterford between 2008 and 2011, taking over mid-season in '08 after Justin McCarthy was ousted and guiding the county, via the qualifiers, to a first All-Ireland final appearance in 45 years.

That ended in an infamously one-sided All-Ireland final defeat to Kilkenny but Fitzgerald remained in charge for three further campaigns, notching a Munster title in 2010 - Waterford's last provincial success - and reaching the All-Ireland semi-final stage every year.

Fitzgerald subsequently took over his native Banner County, leading them to an unlikely All-Ireland success in 2013 before departing, after three underwhelming campaigns, in 2016.

His most recent senior men's inter-county job was with Wexford, whom he led to a Leinster title in 2019, their first in 15 years. 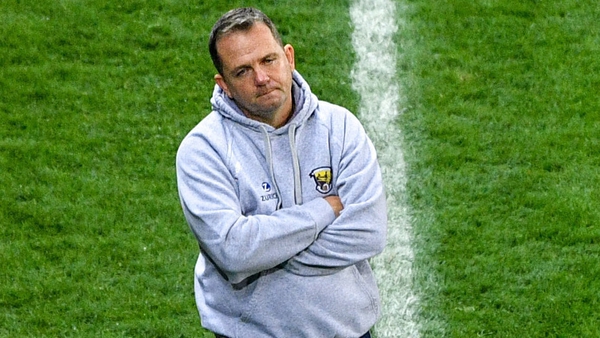 Brian Flannery: Fitzgerald style could be a cause for Waterford concern