The chairman of Clonoulty-Rossmore, Andrew Fryday, has led local tributes to his nephew Dillon Quirke, who tragically died on Friday night whilst representing his club in a Tipperary Senior Hurling Championship match.

The player, who started all four of his county's Munster Championship games this season, collapsed at Semple Stadium in the first half of their game with Kilruane MacDonaghs.

He quickly received medical attention on the pitch before being transferred by ambulance to Tipperary University Hospital, where he passed away.

Speaking to RTÉ Sport, Fryday, a brother of Quirke's mother Hazel, paid tribute to both the player and the person.

"He was a pure gentleman, a lovely, lovely young man who had anything you’d want in a hurler. A fine, big strong man. Fit and able, a leader on the field. He was captain of our club team this year, he led from the front.

The Tipperary GAA community is in mourning following the death of senior hurler Dillon Quirke after he collapsed whilst playing for his club Clonoulty/Rossmore on Friday evening. Our correspondent Marty Morrissey is at Semple Stadium | Read more: https://t.co/QhU9RXUAJw pic.twitter.com/wyVRGEuu4E

Fryday said that the Tipperary club were excited about how far their shining star could go in the game.

"His uncle-in-law Declan Ryan, our former Tipperary manager, was manager and coach of the team. Dillon absolutely loved him, he’d do anything for him.

"We were very hopeful this year that we would drive on and do the repeat of 2018 and put another county final on the table.

"Dillon also won an under-21 county final that year for his club, in '18, and he won a county final here with the club in 2014 at U16. His curriculum vitae was absolutely immense.

"We were so looking forward to him leading the way for the next number of years for us."

"He was a gas young man, full of devilment, full of roguery," Fryday added on Saturday Sport.

"He has his mother's charm and his father’s devilment. That’s the way he was.

Former Tipperary senior hurling manager Liam Sheedy, who handed Quirke his senior inter-county debut in 2020, was also speaking on Saturday Sport and said: "He was just an exceptional guy to have around the place. It's really hard to process what's happened in the last 24 hours.

"He was a great guy around the place and he was a very, very stylish player. I think he loved life and he loved hurling, hurling was his love." 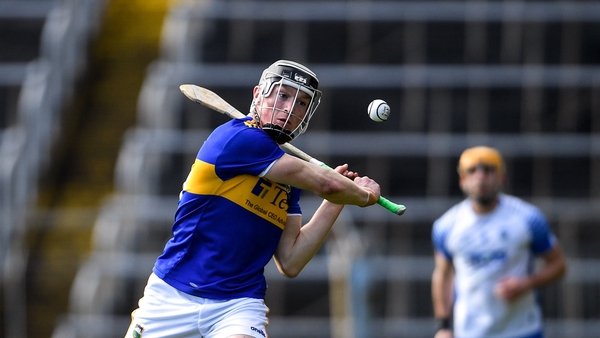