The Tipperary GAA community is in mourning following the death of senior hurler Dillon Quirke after he collapsed whilst playing for his club Clonoulty/Rossmore in a county championship match at Semple Stadium on Friday evening.

The player took ill late in the first half of their game with Kilruane MacDonaghs and quickly received medical attention on the pitch before being transferred to Tipperary University Hospital by ambulance where he passed away.

The 24-year-old made his Tipp senior debut against Limerick in January 2020 having won All-Ireland Minor and Under-21 medals with the Premier County in 2016 and 2018 respectively. He started all four of Tipperary's Munster Hurling Championship games this season.

All hurling championship games scheduled for this weekend in Tipperary are to be postponed as a mark of respect.

"Dillon became ill during Friday evenings County Senior Hurling Championship game between Clonoulty Rossmore and Kilruane MacDonaghs in Semple Stadium and was taken to Tipperary University Hospital in Clonmel where he passed away.

"Tipperary GAA wish to thank all those who attended to Dillon in Semple Stadium and in Tipperary University Hospital this evening.

"As a mark of respect to Dillon, Tipperary GAA have called off all games due to take place in the County Hurling Championships this weekend."

We need your consent to load this rte-player contentWe use rte-player to manage extra content that can set cookies on your device and collect data about your activity. Please review their details and accept them to load the content.Manage PreferencesPresident Michael D Higgins paid tribute on social media, writing "As President of Ireland, I wish to express my deepest sympathies on the passing of Dillon Quirke. This is an inestimable loss not only to his family and friends but to his entire community to which he was making such a contribution. Ar dheis Dé go raibh a anam.

Taoiseach Micheál Martin said he was "shocked and saddened" by the news. "My deepest sympathies to all his family, friends, his teammates, and all the community in Tipperary."

"There is a huge sense of shock across the GAA Community at the tragic loss of Dillon who had already achieved so much in his young life," he said.

"He was a young man in his prime with so much potential and promise and on behalf of the GAA family I would like to extend my sympathies to Dillon's parents, Dan and Hazel, and his sisters, Shannon and Kellie, at what is an unimaginably difficult time." 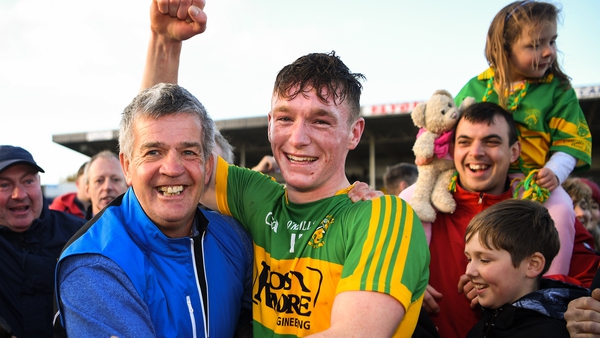