New Tipperary manager Liam Cahill has denied any talks took place over the role while he was Waterford boss or prior to Colm Bonnar being 'relieved his duties' with the Premier County.

Cahill was handed the role last night having turned down the chance to manage his home county in the past.

After a below-par year for Tipp, Bonnar was removed as manager in a move which drew criticism, firstly for its hastiness given he was on a three-year term during a transitional time for the county, and also for the tone of the statement confirming his departure.

Cahill's resignation, and the move against Bonnar, came in a sequence of events within 24 hours of each other.

The #RTEGAA panel discuss the managerial changes this week. Liam Sheedy expects Liam Cahill to take up the Tipperary job, Anthony Daly feels Colm Bonnar was hard done by while Donal Og hits out at Tipp officials for how they handled Bonnar's exit. #sundaygame pic.twitter.com/bASKz0f6ye

Speaking exclusively to RTÉ Sport, Cahill gave a frank answer on the timeline of the appointment with his native county.

He said: "I want to be very clear that I received a phone call a short time after Colm Bonnar's exit from the Tipperary job. For me, second time around, it was very simple. The answer was yes and it went from there.

"I can relate to why there would be anger out there. Colm Bonnar took on this job at a really difficult time. There was a lot of injuries and retirements and he was the man who put his hand up last year to take it on.

"I can understand people would be angry that he wasn't given more time. I for one don't know what conversations Colm Bonnar had with the Tipperary County Board.

"Unfortunately inter-county hurling is a results-driven business and results last year in the Munster Championship might not have helped Colm's cause. What can I say, only that I wish Colm Bonnar all the best for the future."

There is a hint of irony that Cahill has been given a three-year term – the same length of time Bonnar was handed by the Tipp executive.

Cahill is adamant he knows he could suffer the same face as the outgoing boss and, given his knowledge of the landscape and importance of hurling in the county, he will not be shocked by expectations which will be firmly put on his shoulders, particularly after the nature of his appointment.

He added: "The Tipperary senior manager's job is one of the biggest in hurling and in amateur sport in Ireland. It's a big, big job and it brings its own pressures and responsibilities and I'm well aware of that.

"Who is to know if results don't go my way, similar conversations may have to be had down the road if that is the case?

"I'm well aware of that but I'm really looking forward to the challenge.

"I'm aware of (the pressure and expectation). When you live in Tipperary, you know the ultimate goal is deliver silverware on a consistent basis.

"I'm well aware of the challenge that lies ahead. I believe the players are in Tipperary. I believe they fit the age profile required to go to the levels needed to be really competitive and try to win an All-Ireland. That is my job and it's a job I'm really looking forward to."

Cahill's time in Waterford will be fondly remembered for a league success as well as Munster and All-Ireland Hurling final appearances.

He said his reasoning behind the exit was his feeling that a different manager could take them a step further.

Many felt they were going to be the strongest challengers to Limerick in 2022, before limping out at the provincial round-robin stage.

"It was a difficult decision (to leave). I had three marvellous years in Waterford. We contested almost all the major finals during that period of time.

"Poor performances come with every team eventually. To be honest this year just didn't end the way we wanted it too. I really felt the players were capable of winning the All-Ireland and for some reason our year fell flat. Maybe a new voice might rekindle the form they showed with me over the last few years."

After his first day as senior Tipp manager, he is close to finalising a backroom before setting out plans to develop a panel and training regime, with the hope all will be concluded "as soon as possible". 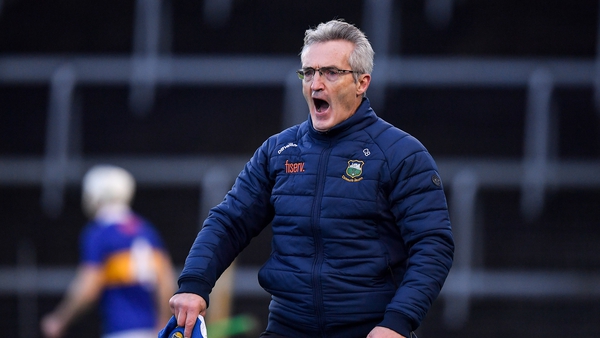