Brendan Maher has hailed the Limerick mantra of doing it for the group after the county landed a fourth All-Ireland senior hurling title in five years.

Kilkenny were defeated by two points in Sunday's enthralling decider at Croke Park. Cue much celebration on famous the sod and in the stands as Declan Hannon and the injured Cian Lynch lifted the Liam MaCarthy Cup.

"They weren't talking about the great scores and the individual pieces of skills," said Maher on the RTÉ GAA Podcast, when reflecting on the Shannonsiders' latest All-Ireland triumph.

"All they were talking about was the unity of the group and doing it for each other. If you listen to any interview a Limerick player does or John Kiely, all they do is talk about the group.

Kiely spoke about the resolve his side showed as a collective when he spoke to RTÉ Sport in the aftermath of Sunday's triumph. Going back to 2020 and the narrow win over Galway in that year's semi-final, the Limerick boss told the same broadcaster: "The unity and character that's in the group shone out in the last 15 minutes. That's what got us across the line."

On that theme, Maher continued: "There are no egos there, even though there is a massive amount of belief underneath which you need. They have something special there and despite Gearóid Hegarty getting man of the match, he is no different in that dressing room today.

"They all have a massive respect for each other and they all realise that the strength is in the team and not in any individual. To be able to have that and harness that is a hard thing to do. The Kilkenny team had that. I was definitely part of teams where we had it and. then lost it. It's hard to get that culture in place. when lads get the accolades and act as individuals, you don't see that in these Limerick players." 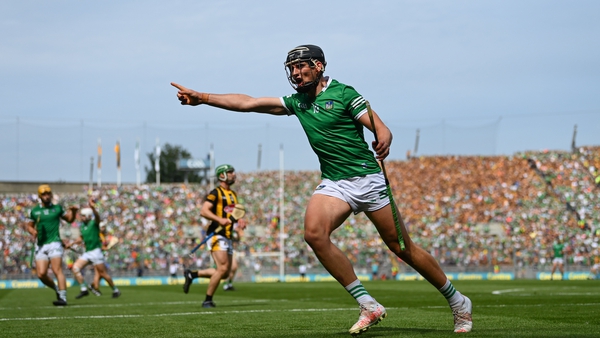