The Sunday Game have chosen Limerick's Diarmaid Byrnes as their Player of the Year, with the All-Ireland champions having eight players included in the team selection.

The free-scoring half-back has been there all season when things got tight, particularly in the All-Ireland semi-final victory over Galway.

Of the other counties represented, beaten finalists Kilkenny have three players, as do Clare, while Galway complete the line-up with one. 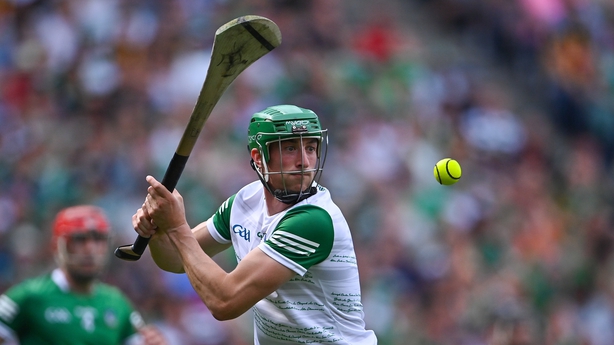 Could do very little about the Kilkenny goals today and very nearly kept Billy Ryan's opener out. Ever accurate from his puckouts, with the Treaty men winning 68% this afternoon, and scoring 0-15 from that possession.

Calmness personified, comfortable on the ball. 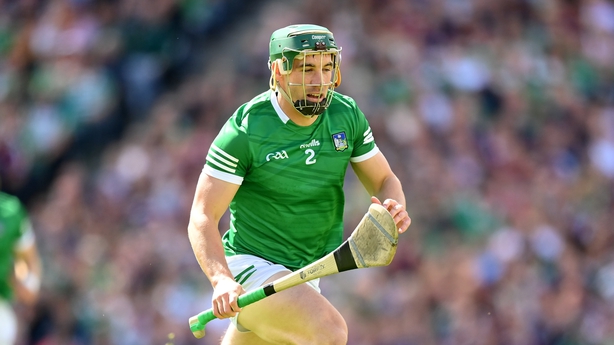 An automatic pick in John Kiely's all-conquering side, the Bruff man is a dogged defender. Outstanding in possession. 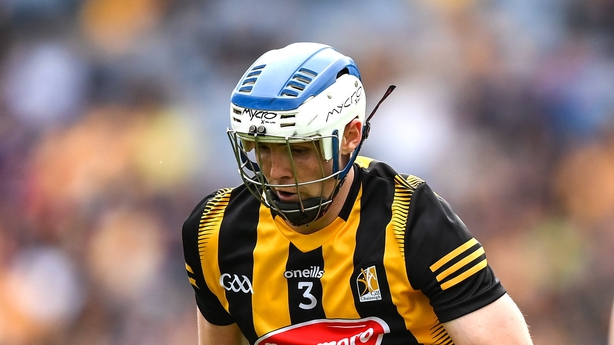 Commanding full-back for Kilkenny who gave Aaron Gillane a good game in this afternoon's final. 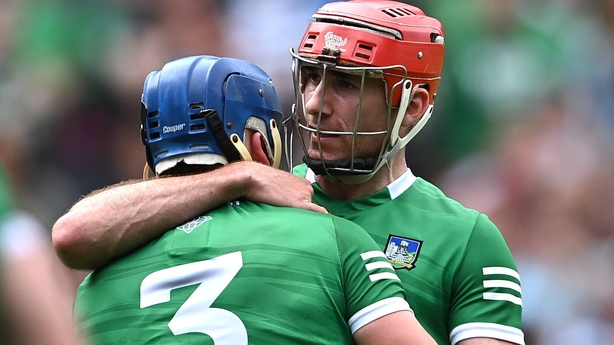 More progress made by Nash this year who is one of the best players of the modern era. Has revolutionised the position. 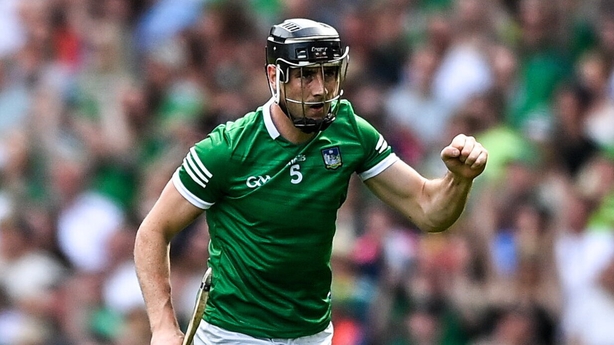 Unerring from long-distance frees, but also a brilliant defender, he contributed four from placed balls this afternoon as well as one from play.

He's brought the scoring half-back to another level. 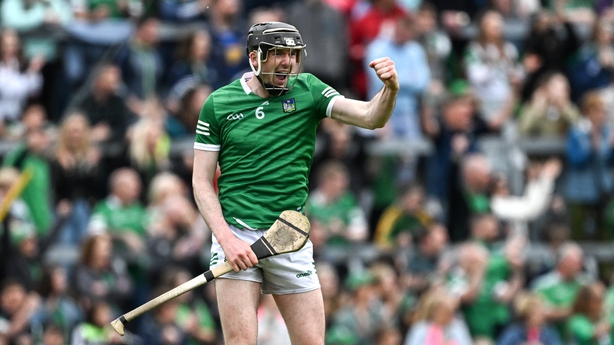 A history maker today as the first man to lift the Liam MacCarthy Cup as the captain of an All-Ireland winning side for a fourth time.

As well as his defensive duties the Adare man contributed long-range scores from play throughout the season. 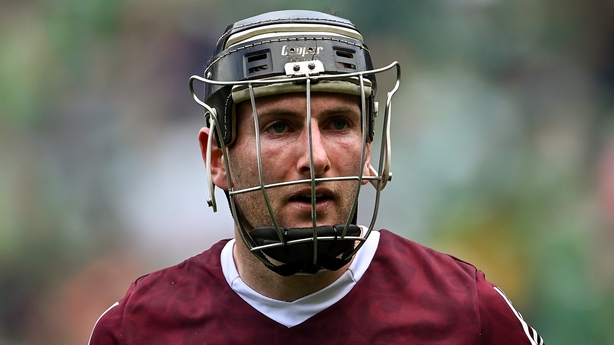 The sole Galwegian selected in a year when the Tribesmen lost the Leinster final, as well as the All-Ireland semi-final, in Henry Shefflin's first year in charge.

Mannion, liked all top drawer modern wing backs, has the capability of pitching in with a score from play. 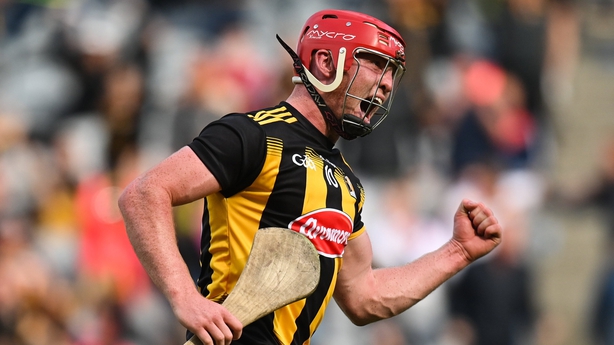 Scored a brilliant point late on this afternoon as Kilkenny tried hard to get back into the clash.

An important player for the Cats but still only 22 years of age. 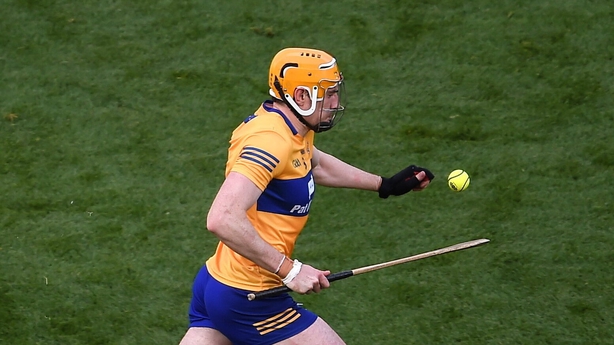 One of Clare's best performers as the Banner appeared to be rising to meet Limerick. Had a good Munster final, and scored in the win over Wexford.

Tackling and support play was outstanding in Clare's run to the Munster final. 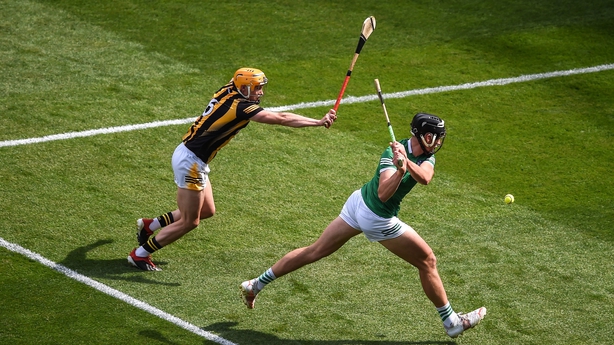 Scored one of the great All-Ireland final goals en route to a player of the match performance this afternoon at Croke Park.

Early season discussions about his discipline gradually faded as he put in some massive performances, including a major in the Munster final victory. 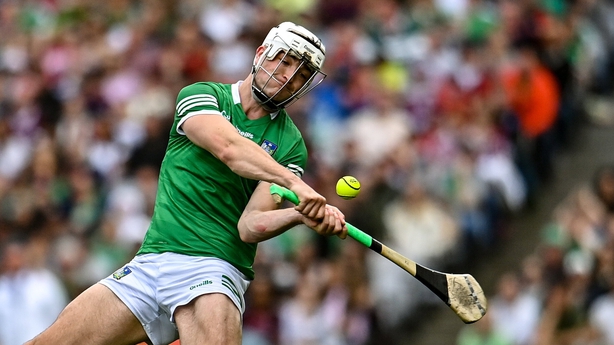 A top performer this afternoon as he chipped in with four points from play. Stood up to be counted when the game was really in the melting pot, including winning a late free which Gillane converted to push Limerick into a lead they wouldn't relinquish. 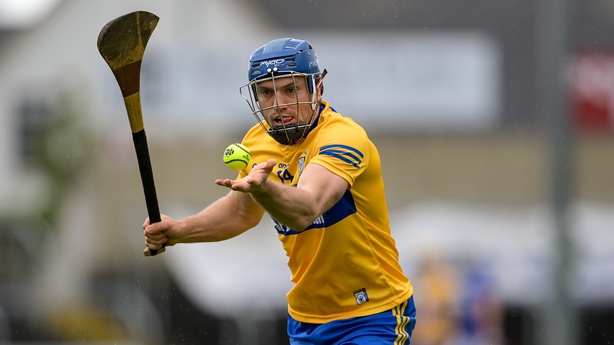 After a 2021 that was disrupted by injury, O'Donnell reminded everyone of the class that he possesses this year.

Even in games where he didn't score, his work-rate and movement opened the doors for teammates. 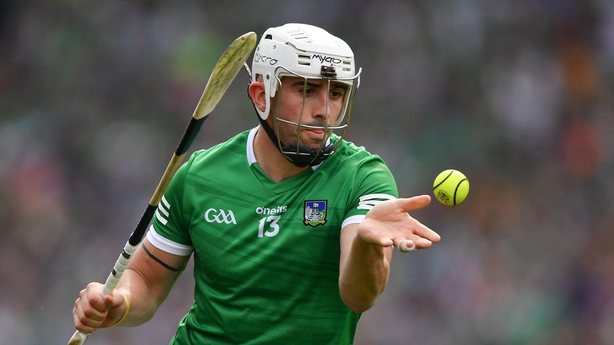 Always so consistent from placed balls, and difficult to stop when he gets going from open play. The semi-final might have been his stand out performance this year.

Had a goal chance this afternoon but coolly slotted it over the bar, off his boot, as his hurl had been left behind. 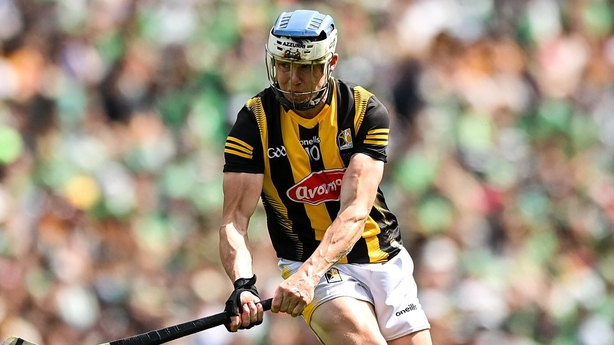 Such consistency from frees but also, at 35 years of age, still involved with most of the good things that Kilkenny do up front.

Played a key role in the second goal for the Cats this afternoon as they looked to roar back into the contest. 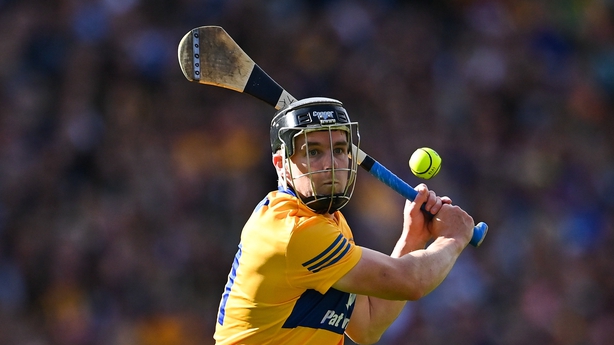 A talismatic figure for Clare once more. Adds a huge amount from play, but also super reliable from placed balls. Didn't happen for him in the semi-final defeat against Kilkenny, but an otherwise brilliant campaign.

The Sunday Game have chosen Limerick's Diarmaid Byrnes as their Player of the Year, with the All-Ireland champions having eight players included in the team selection https://t.co/C6str73XDt #RTEgaa pic.twitter.com/js9axWF325 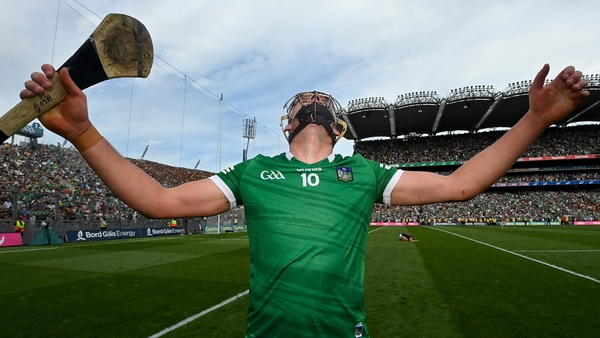