This weekend's All-Ireland hurling final is a 50:50 game according to Tony Kelly, who has faced both sides in this year's championship.

Kilkenny disposed of Clare easily in the semi-final, while Limerick needed extra-time to beat the Banner in the Munster decider so Kelly is well placed to cast any eye on Sunday's showpiece.

The former Hurler of the year says despite Limerick seeking a three in a row, they will not have it all their own way on Sunday.

"Limerick, they're obviously the standard bearer in the country the last four or five years."

"I do think Kilkenny are extremely dangerous this year."

"I think they've improved in every game. I know we were below par but they're still a very, very good outfit."

He says that it is the hardest All-Ireland final to call in a number of years.

Kilkenny were the last time to beat Limerick in the championship back in the 2019 All-Ireland semi-final, and Kelly says Limerick might feel like they had a score to settle with Cody's Cats.

"Limerick might be using it as a score to settle themselves in terms of Kilkenny being the last team to beat them."

"In the last three or four championships, Kilkenny are the only team that have beaten them."

"In terms of having an advantage with Brian Cody and his experience and the Kilkenny lads' experience is obviously a plus. But likewise, I’m sure the Limerick lads are looking at it as a score to settle."

Limerick are renowned for their strength and conditioning but Kelly feels Kilkenny will be able to match the Treaty's physicality.

"There isn't too much of a difference between a lot of teams now in terms of physical conditioning."

"I would say that Kilkenny are right there with them."

Despite losing to Kilkenny the previous night, Kelly says he sat down and watched the Galway and Limerick semi-final and admits he will be watching the final closely.

"I did, I watched the Galway and Limerick game and I'll watch the All-Ireland as well."

"I’ll be a keen observer in terms of what teams are doing and who comes on top."

"I do think it's gonna be very, very close."

Follow the All-Ireland Hurling Championship final on Sunday, Limerick v Kilkenny, from 2pm via our live blogs on rte.ie/sport or on the RTÉ News app. Watch live coverage on RTÉ One and RTÉ Player with live radio commentary on RTÉ Radio 1

Watch Up for the Match this Saturday from 9.45pm on RTÉ One and RTÉ Player 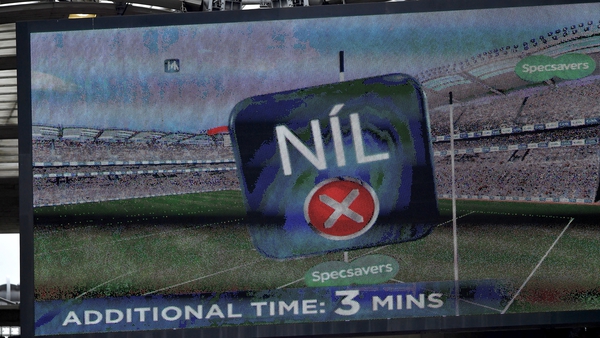 GAA to test Hawk-Eye before confirming use for hurling final