Kilkenny won the second of their famous four All-Ireland titles in a row in 2007 under Brian Cody when they beat Limerick in the final.

The tables have turned, John Kiely's side are looking to make their own bit of history when the two sides meet in Sunday’s final, with Limerick going for their third All-Ireland hurling title in a row.

Here is how both teams made it to the biggest game in hurling.

Limerick won just their first and final league game of the season against Offaly in what was a disappointing start to the year.

But like all great teams, league success is irrelevant, they will be judged on how many All-Irelands they win.

Limerick got their Munster and All-Ireland’s defence off to the worst possible start, as Shane Kingston rattled the net in Páirc Uí Chaoimh with less than 20 seconds on the clock.

Despite being five points down in the opening six minutes, Limerick led by four at the break thanks to goals from Kyle Hayes, after one of his trademark runs and the other from Gillane.

Cork got back on level terms shortly after the break but Limerick dominated the second-half to cruise to victory by 11 points.

Kiely said after the game Limerick were 'disappointed’ with their performance but the Treaty men got their Munster campaign up and running with a win.

It's a dream start for Cork as they hit the net just second into their clash with Limerick, thanks to Shane Kingston. Highlights on #sundaygame at 9.30pm, the match is live now on @rte2 and @rteplayer pic.twitter.com/r4QVMSXUqD

In a repeat of the 2020 final, Waterford travelled to the Gaelic Grounds full of confidence.

It was Limerick however that prevailed, despite losing the twice Hurler of the year, Cian Lynch to an injury in the opening ten minutes.

Once again Limerick were slow out of the blocks and Waterford led by five points after just 17 minutes.

The bulk of their scoring came from the ever reliable Gillane and from defender Diramuid Byrnes, going into the break up by a point.

Six unanswered points in the second-half gave Limerick total control before two late goals from the Déise brought it back to a one-point game.

Limerick got the final two scores of the game to make it two from two in the championship.

It was once again the Aaron Gillane show at the Gaelic Grounds as his 2-05 along with Tom Morrissey’s haul of five points was enough for Limerick to secure their place in the Munster final.

In what was becoming a familiar story of the championship, Limerick were trailing by 1-13 to 0-19 with just 20 minutes left to play.

Limerick produced a blistering final ten minutes in which they scored two goals and six points to complete another turnaround.

Tipperary rued their massive wide haul as Limerick dumped them out of the championship.

Both sides met in Cusack Park in what was to be the first of two epic encounters in the championship.

Kyle Hayes got the only goal of the game in the 15 minute to give Limerick a two-point lead. The sides were level at the break, 1-12 to 0-15.

Tony Kelly struck 16 points in a stunning display, with four of them coming from play.

Gearóid Hegarty was sent-off just after the hour mark for a second bookable offence with the sides level.

Fourteen-man Limerick needed a late free from Byrnes to get back on level terms, it seemed a fair result as both sides were set to meet three weeks later in Thurles for the Munster final.

Gearóid Hegarty receives a second yellow card for following through with his hurl.

Did you agree with the decision? Final moments now.

Highlights coming up on #sundaygame from 9.30pm on @rte2. pic.twitter.com/v1x3oDsEnn

Limerick needed extra time to win their 23rd Munster title in a packed out Semple Stadium.

Tony Kelly’s seven first half points for the Banner and Hegarty’s wonderful goal saw the sides level at half-time.

The sides were level on 14 different occasions during the game as Limerick’s captain Declan Hannon produced a spectacular long-range effort to give Limerick the lead in injury time of the second-half.

Up stepped Tony Kelly who produced the moment of the championship so far as his side-line cut sailed between the posts with the last puck of the game forcing extra-time.

Seamus Flanagan for Limerick hit a crucial eight points from play and points from substitutes Conor Boylan and David Reidy helped Limerick over the line to win by three in a classic Munster final.

Booking in their place in the All-Ireland semi-final where it was confirmed later that they would meet the Leinster finalists Galway.

Galway’s victory over Cork in the quarter-finals set-up an eagerly-awaited clash with Limerick at Croke Park.

The Shannonsiders were able to call upon Peter Casey and Cian Lynch from the bench again after the pair’s lengthy injury lay-offs.

Well if Kilkenny’s win over Clare on the Saturday was routine, this was anything but for Limerick, as they were put to the pin of their collar by the Tribesmen.

Limerick started well, as they led by 0-06 go 0-01 inside the opening ten minutes. Galway fought their way into the game, despite a number of poor wides.

Gillane’s seventh point of the opening half gave Limerick the lead by four at the break.

Brian Concannon’s stunning goal brought the sides back level moments into the second-half.

The score was 1-17 to 0-20 when Cian Lynch was introduced minutes after Peter Casey made his return from injury.

With an hour on the clock, Galway led by one but as is a common theme in this year’s championship, they clawed their way back in front.

In the end it was another sub, David Reidy who struck three vital late points to see Limerick over the line and send them into another All-Ireland final. Their fourth in five years.

Limerick finish strongly with David Reidy instrumental as they reach the All-Ireland Hurling final once again.

Highlights of a pulsating game on #sundaygame from 9.30pm. pic.twitter.com/8jQwtRbrLI

Brian Cody is in his 24th year as the Kilkenny boss and this year he has reached his 17th All-Ireland final.

Yet they last won the All-Ireland in 2015, their longest between titles in the Cody era. Three Leinster titles in a row mean this Kilkenny team is trending in the right direction.

The margin was only three at the break in Kilkenny's favour before a blistering second-half display from the Cats saw them cruise to a 16 point victory.

Kilkenny were slow out of the blocks and they trailed early in the game by 0-10 to 0-06.

Coming on as a substitute at half-time, TJ Reid struck 1-04 to help get Kilkenny's campaign underway with a win.

Laois travelled to Nowlan Park in late April and in truth the result was never in doubt.

Kilkenny’s lead was 23 points at full-time as the Cats made it two from two to start their Leinster campaign but there was no denying that there would be bigger tests to come.

It was a case of the apprentice beating the master when the Cats beat Galway in Pearse Stadium at the start of May.

Conor Cooney’s controversial last minute free gave Galway the share of the spoils, Henry Shefflin’s side lead by six at the break, 1-17 to 2-08.

Kilkenny fought their way back in the second-half and when John Donnelly’s injury time effort found a way past Eanna Murphy, they must have thought they had secured a draw.

But there was still time for Galway to win a free from the resulting puck-out which Cooney struck between the posts.

Shefflin had a victory over his former manager Cody and the pair had a frosty handshake at the full-time whistle, something that would raise a lot of conversation later in the championship.

It was another convincing win for Kilkenny, winning by 17 points in Parnell Park.

Two goals from Martin Keoghan and one from TJ Reid gave Kilkenny victory but the margin was only three at the break.

This win put them on the brink of a place in another Leinster final but there was still the visit of Wexford to come.

Wexford needed a win in Nowlan Park to keep their championship campaign alive and they produced a stunning display to beat the hosts for the time ever in the championship in their backyard.

The sides were level in the 61st minute at 1-16 each, before a brilliant final finish from Wexford got them over the line.

Martin Keoghan found the net again for the Cats who were missing the important Huw Lawlor through injury.

It was a disappointing result for Kilkenny but they still advanced to the Leinster final due to their superior goal difference to Wexford’s, where they would renew acquaintances with Galway.

Kilkenny became Leinster champions for the 74th time as they got revenge for the earlier round defeat to Shefflin’s Galway.

TJ Reid scored 0-12 all from placed balls and Adrian Mullen once again made a big mark on the scoreboard, hitting four points from play.

Kilkenny’s defence impressed including man of the match Mikey Butler and the returning Huw Lawlor from injury.

Shefflin and Cody once again exchanged a frosty handshake after the full-time whistle but it was Kilkenny who booked their place in the All-Ireland semi-final.

🤝There was a bit of a wait but the sequel to the 'Handshake' did occur between Brian Cody and Henry Shefflin #RTEGAA #LeinsterFinal pic.twitter.com/GeChTXOBLq

Kilkenny took on the well-fancied Clare in front of just under 40,000 in Croke Park.

The Cats produced an outstanding opening 35 minutes and they led by 1-17 to 0-06 at the break.

They brought an intensity that Clare could not live with, Mikey Butler once again impressed keeping Clare’s talisman Tony Kelly quiet.

There are question marks raised over whether the routine nature of Kilkenny’s win will suit them in the long-run as they face a Limerick side off the back of a breath-taking clash with Galway.

Limerick are going for the three-in-a-row while the Cats want to bring Liam McCarthy back to Kilkenny for the first time since 2015, it is set to be a cracker. 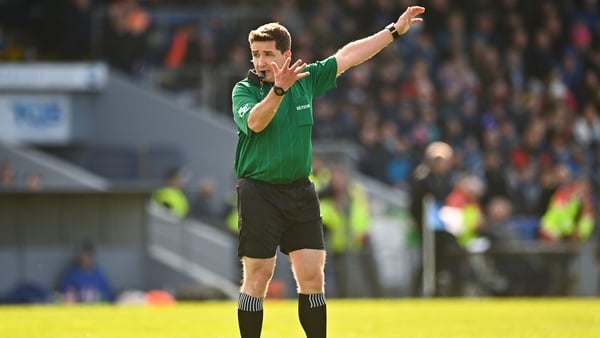