Shane Dowling admits that Cian Lynch would be a big loss to Limerick in the All-Ireland hurling final but feels the team have shown enough resilience without him this summer to cope.

The reigning Hurler of the Year was reported to have suffered an ankle injury in training last weekend that could rule him out of Sunday's showpiece.

The 26-year-old picked up a serious hamstring injury early on in the second round of the Munster hurling championship against Waterford in late April and only returned to action as a substitute in the All-Ireland semi-final victory over Galway.

Lynch's former team-mate Dowling told the RTÉ GAA Podcast: "The rumours started going around on Tuesday. There is a whatsapp picture going around of him in a [protective] boot. Did something happen to him? I would imagine the answer to that is yes.

"If you're to believe what is out there, it looks as if he is going to miss the game. Obviously, the management haven’t confirmed that. Will they confirm it before Sunday? I don’t know.

"It’s a big, big worry for Limerick. I think he would have started.

"But it would be a bigger worry if he had been playing all year, and he had the type of form coming in that he had last year. They have basically played the whole year without him anyway.

"If he is to miss the game, I feel very sad for him. He has had a very tough year of it and was obviously just coming right so to get a new injury is very disappointing for him.

"It’s a big loss for Limerick for not as big as it would have been if he had been starting."

"I really hope he is OK and he plays. He’s an outstanding talent. I love watching him and so does everyone else. He is the Messi of hurling.

"If it is true, and he misses out, it’s so unfortunate. It’s heart-breaking for him." 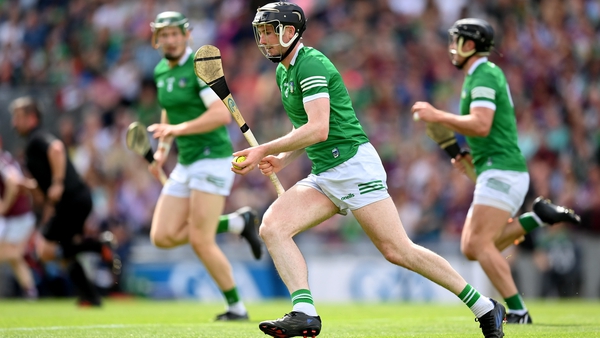