Brian Cody paid tribute to the "application and honesty" of his players as they crushed Clare to present him with his 17th outing as Kilkenny manager in an All-Ireland final.

The Banner came to Croke Park as slight favourites but the game was all but over as a contest at the break thanks to a Martin Keoghan goal with the impressive Cian Kenny sealing the deal in the second half for a 2-26 to 0-20 victory, a result that sets up a 17 July final date with either Galway or Limerick.

"We were in a very good position at half time, the first-half performance was very, very good," Cody told RTÉ Sport afterwards.

"The second half performance probably dipped a bit and that tends to happen in games like that. I wouldn't have an ounce of criticism for the team, I thought their application and their honesty and their intent was there."

The result was particularly sweet as Kilkenny had lost two semi-finals since their last final appearance in 2019, to Waterford [2020] and Cork [2021].

"We’re back in the in the final and that was the big prize for today," Cody continued.

"We were here the last two years and we just didn’t get there so we’re in the All-Ireland final now again and that’s obviously where every team wants to be."

The Leinster champions had a four-week break from their provincial final win over Galway, and there were concerns that they would be rusty as a result against a Clare side that warmed up with a quarter-final win over Wexford. Cody never shared such fears.

"At the end of the day that [break] was the first opportunity we had for any run at training, we’d be playing mostly week after week or maybe just a break of one week, which again doesn’t give us much time.

Brian Cody reflects on an awesome display from his Kilkenny side.

"It gave us decent time, I know a lot of people say you’re better off having the extra game but I think we needed it, the bit of time to train.

"Training was very, very good obviously, nothing magical about the training – we just worked and worked and I got to see the whole panel fighting for their places."

And just like the 16 previous times when he has led his county into an All-Ireland showpiece, the famous training battles can now begin to be part of Cody's matchday squad for the Liam MacCarthy decider.

"I speak all the time about the panel. I know a lot of people want a settled team but I am not concerned at all with a settled team. The panel, to me, is everything.

"The lads know that very, very clearly. That’s the way we operate and they know that places will be fought for and will have to be earned," he added. 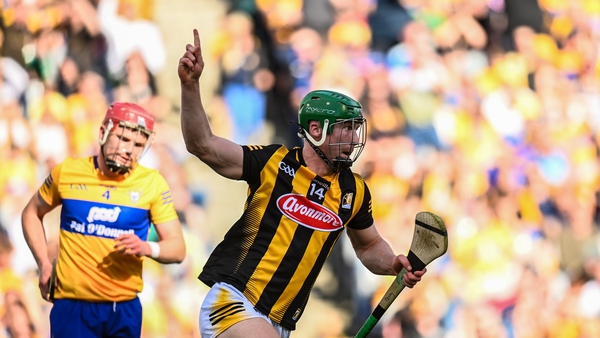