A changing of the guard within the panel may be one of the consequences for Cork's hurlers after their championship exit, according to former Limerick hurler Niall Moran

Wins for Galway and Clare over Cork and Wexford respectively in Saturday's quarter-final double header at Semple Stadium set the semi-final pairings in stone.

The Tribesmen will take on All-Ireland champions Limerick and Clare are up against Kilkenny on the weekend of 2-3 July.

But for Cork, they go from runners-up last season to a relatively early end to their journey this time and Moran believes it could spur a further evolution of the panel to focus on younger players.

"Ultimately, maybe for Cork to go forward in time to come, it probably will take a clean-out," he told RTÉ's Game On.

"Maybe for Cork - unfortunately for a number of guys who've been brilliant servants who haven't gotten them over the line - you might find that the next guy up might clean it out a little bit and give those couple of years to those minor teams and 20s teams to come forward."

In the other quarter-final, Moran thought Clare's experienced campaigners played a role in the astute decision-making late on as that turned the game around against Wexford. But he also felt Wexford did not perform to their best.

"I don't think they performed well enough to win," he said.

"Rory O'Connor was a huge loss. Conor McDonald can be a big player for Wexford but he got no change at all from Conor Cleary.

"You need a prolific scorer and I think on the day Wexford didn't have anybody, outside of Lee Chin, who got more than two points from play." 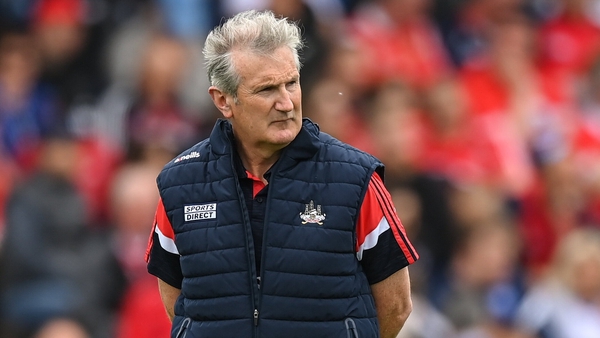 'Proud' Kingston says Cork were right to go for goals