Cork boss Kieran Kingston refused to criticise his players for having a go at goal during Saturday's All-Ireland SHC quarter-final loss to Galway - as big misses proved crucial at Semple Stadium.

A soft Jack Grealish goal gave the Tribesmen a dream start just 15 seconds in, but Cork had ample opportunity to rattle the net themselves.

Alan Connolly and Robbie O'Flynn both spurned goal chances inside the first 20 minutes, while the Rebels were generally wasteful throughout.

Shane Kingston did mange to find the net with a fine effort in the second half but this game was defined by the Rebels' profligacy.

Afterwards, Kingston was measured in his assessment.

"We didn't help ourselves in the first half," he told RTÉ Sport.

"We had 24 shots, seven scores, that efficiency is really poor.

"Within that there were some missed goal-scoring and point-scoring opportunities which in the last few games we've been taking easy enough."

When asked if the goal attempts should have been knocked over the bar, Kingston replied: "If you're through, like those chances were, you have to go for them.

"They're not errors if you're doing the right thing. Missing a goal, we don't ever see that as a mistake. If taking a shot is the right thing then we would encourage that.

"If it's a miss it's a miss. I would never criticise players for making a mistake or having a miss when they are doing the right thing."

I @AnnaGCork said at half-time she felt a Cork goal was coming and she has been proven right. Things are heating up now.

It was a frustrating afternoon for Cork but the manager did extract positives from the performance.

"Credit to the lads, we were creating them but we just weren't converting," he said.

"On the other side of it we got hit with a sucker-punch in the first few seconds and then another one later.

"But still we were really in the game at half-time, albeit we were going playing into the breeze. We were only five points down so we never thought the game was gone.

"I thought our lads showed real character in the second half, playing into that breeze, they never threw the towel in and I'm proud of the way they reacted to that first half because they could have thrown the towel in, conceding soft scores and then missing on the other side.

"They never did. I'm proud that they didn't do that and we probably at least deserved a draw out of the game." 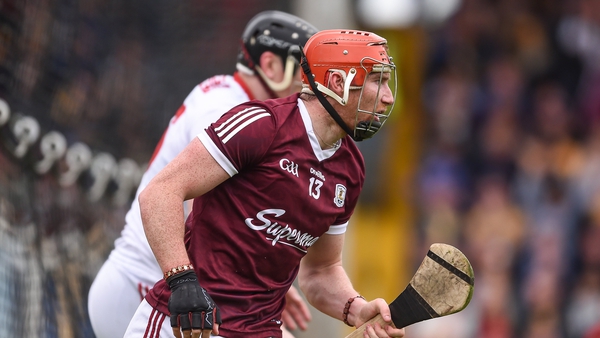